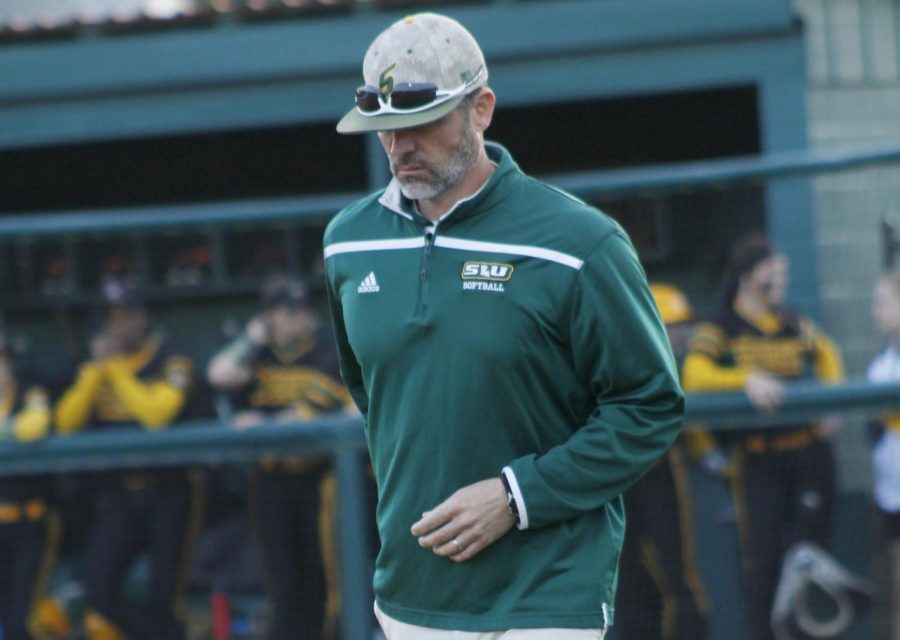 Coaches work to connect with their athletes to optimize their training, and gender differences can be one of multiple factors that stand in their way.

Although minimal women coach male sporting teams, 58.8 percent of head coaches for women’s teams are men according to the University of Minnesota’s “Head Coaches of Women’s Collegiate Teams” study for the 2016-17 year. In the United States, men’s professional sports teams have no female head coaches. Consequently, male coaches and female athletes most often experience this apparent mismatch.

For Rick Fremin, head coach of softball, challenges in the career arose during the transition to coaching female athletes when learning to better understand them. After that point, however, the process became smoother.

“Generally, the census is that a lot of male coaches that have never coached females, that coached the males, they always say, ‘We don’t know how you all do it,’ but I think once that transition happens, then they understand,” said Fremin. “Anyone who coaches girls, typically they would always rather do that than the male sports.”

A push from an athletic director to start coaching softball hooked Fremin on the sport. He was familiar with the game from his sister playing softball and his own baseball experience. According to Fremin, these attributes smoothed out the transition to coach women.

“They’re just as tough both mentally and physically, and my experiences have been very positive,” said Fremin. “I’ve talked to a lot of other male coaches over the years and got very similar responses that they’d rather coach female athletes over the males.”

“They don’t feel like they know everything, so they’re wanting to learn,” said Fremin. “Not that the male athlete doesn’t, but the female athlete, I think there’s more trust there. So, it has been a great experience with developing talent at the high school and college level. I think mainly because of the young ladies’ trust and willingness to invest into the program.”

Corey Mistretta, head coach of track and field, shared what he enjoys about coaching women.

“They enjoy the little successes better than guys do,” said Mistretta. “As a coach, that’s kind of how we get some of our rewards is when we see the excitement and the joy in kids when they achieve something they have been working really hard at, and girls will outwardly show that emotion more than guys will.”

Compared to other sports, Mistretta is in the unique position of coaching women and men simultaneously. Mistretta discussed differences in practice.

“You can treat guys a little bit different than you can treat girls,” said Mistretta. “When they’re together in a training session, you have to be a little more sensitive to that. Sometimes you can speak to guys a little more harsh than you can girls, but I don’t think it’s a challenge as far as it makes it difficult. It’s just something that as a coach you have to be aware of.”

Mistretta’s background familiarized him with a co-ed team.

“Both my mom and dad were coaches,” said Mistretta. “I come from a large family, four boys and four girls. So, I’m used to the guys and the girls being together all the time.”

Although gender appears to be another obstacle in coaching, both Mistretta and Fremin have adapted to the job and found enjoyment in the process.