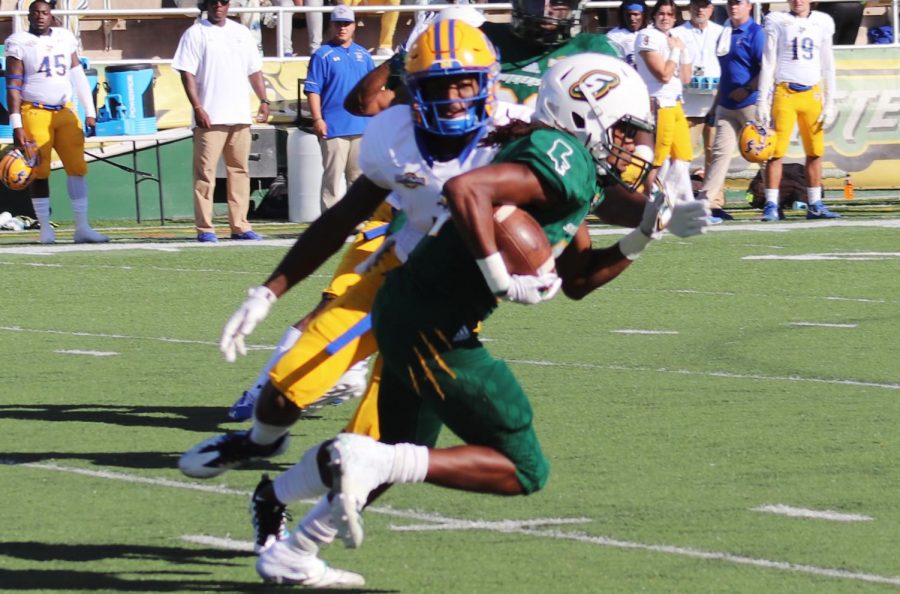 The Lions football team finished its last home game of the season with a 23-6 win against McNeese State University.

The Lions football team wrapped up its last home game of the season with a 23-6 win against McNeese State University.

The two teams competed on Nov. 3 in Strawberry Stadium. The match was also “Senior Night” for the Lions.

Head Coach Frank Scelfo shared his thoughts on the match.

“Our guys did really good today,” said Scelfo. “I told our guys we have to win on the offensive and defensive line today, and we did that. We won on the line today.”

The Lions will face Nicholls State University on Nov. 15 to end the season with the River Bell Classic.

“We’re going to have to bring them everything we got against Nicholls,” said Scelfo. “We have to go there and play hard for all four quarters. We want to go out there and play our game.”