StandOUT honors those lost to violence 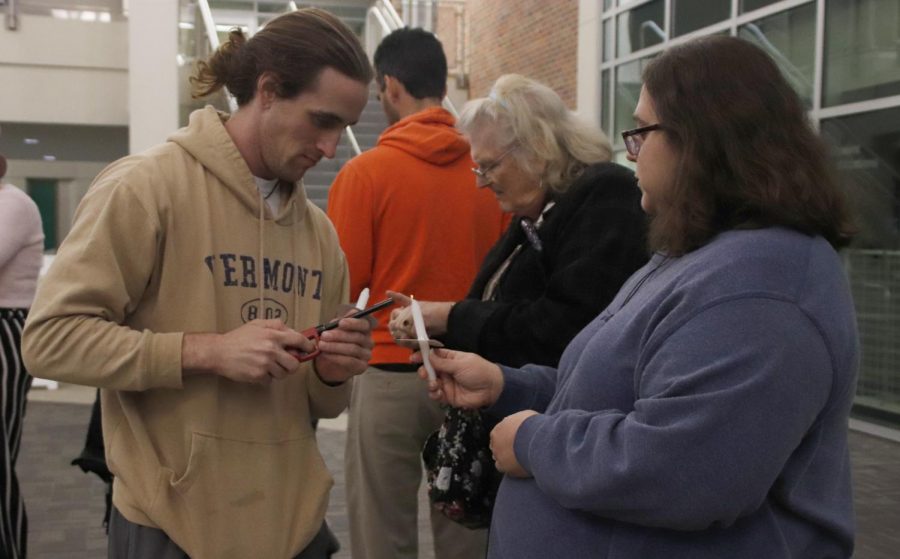 In honor of Transgender Day of Remembrance, the student organization standOUT honored and raised awareness about the deaths of transgender people with a bake sale and vigil.

“The people who were murdered in hate, they deserve to be remembered, not for just that but for the happy lives they had before,” said Secretary of standOUT Robyn Lovetro, a sophomore criminal justice major.

StandOUT set up a table selling baked goods in the Student Union Breezeway at 11 a.m., and a vigil followed in the same place at 5 p.m. on Nov. 20. Proceeds from the bake sale went to the Transgender Wellness Center.

The Human Rights Campaign estimated that at least 29 transgender people in the United States were killed in 2017.

“Trans people tend to be invisible in our society, and people don’t know we’re dying,” said Pamela Raintree, a transgender advocate and speaker at the vigil. “We’re being killed by the hundreds every year, and every year, the number goes up, and it’s not even reported that it’s trans people being killed. We have to look at the records and do lots of research to find that out.”

Hariford said, “One of our long-term goals with standOUT is to push the university itself to be more supporting of its LGBT population, so eventually we want to pressure the university to have preferred names on IDs or maybe all gender restrooms and things like that, so right now, we’re taking the initial steps of letting people know we’re here.”

“Oftentimes, they’re rejected by their family,” said Chauvin. “They would want their children to be forgotten for being transgender, but we want to remember them, and we want people to know that this still happens, and it’s still awful.”

Raintree shared why the remembrance is important for living members of the LGBT community.

Raintree said, “It’s important to get this information together and let members of the community know, ‘Hey, look, you’re not alone. You lived this year, and if we stick together, we’ll live again for the next year.”