Lions fall at home to Bearkats 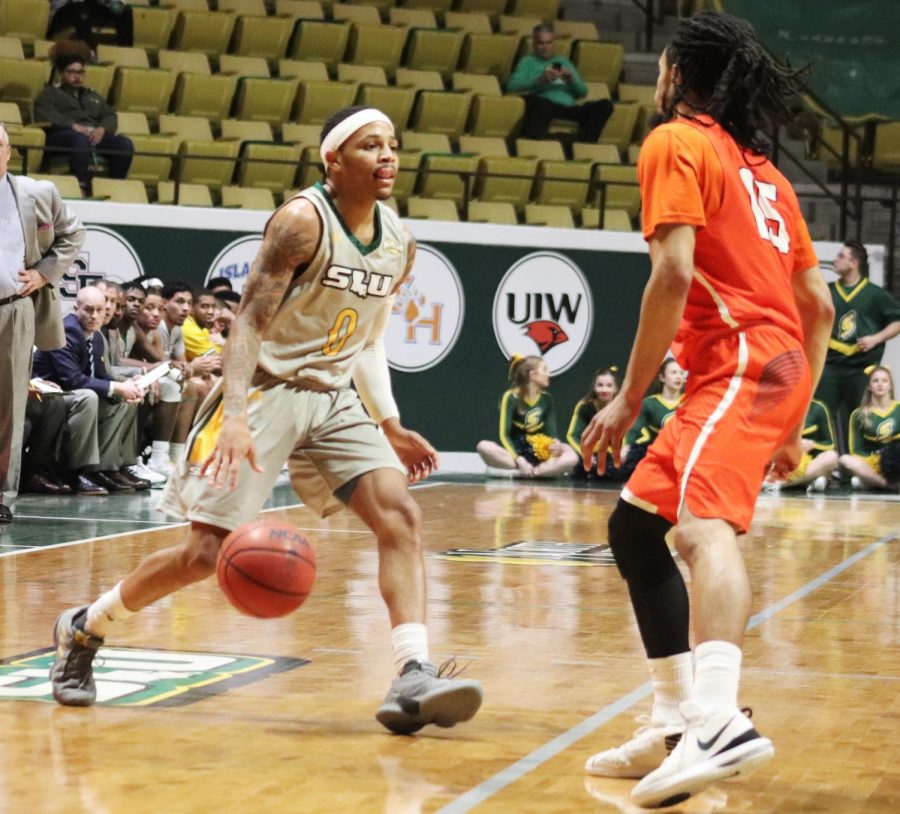 Marlain Veal, senior guard, did not start in the "Jam the Jungle" match against Sam Houston State University.

“We didn’t do a good job tonight and made too many turnovers on offense,” shared Jay Ladner, head coach. “We played great on defense and held them to 30 percent shooting. Usually when a team does that defensively, they win, but tonight was a different outcome.”

Although Marlain Veal, senior guard, started in all 34 games last season, a missed class meant he did not start in this game.

“We have a value here,” stated Ladner. “If you don’t show up to class, then you don’t play.”

With the loss, the team’s overall record reached 8-13, and the conference record hit 4-4.