Baseball highlights preseason preparation at a reunion with alumni 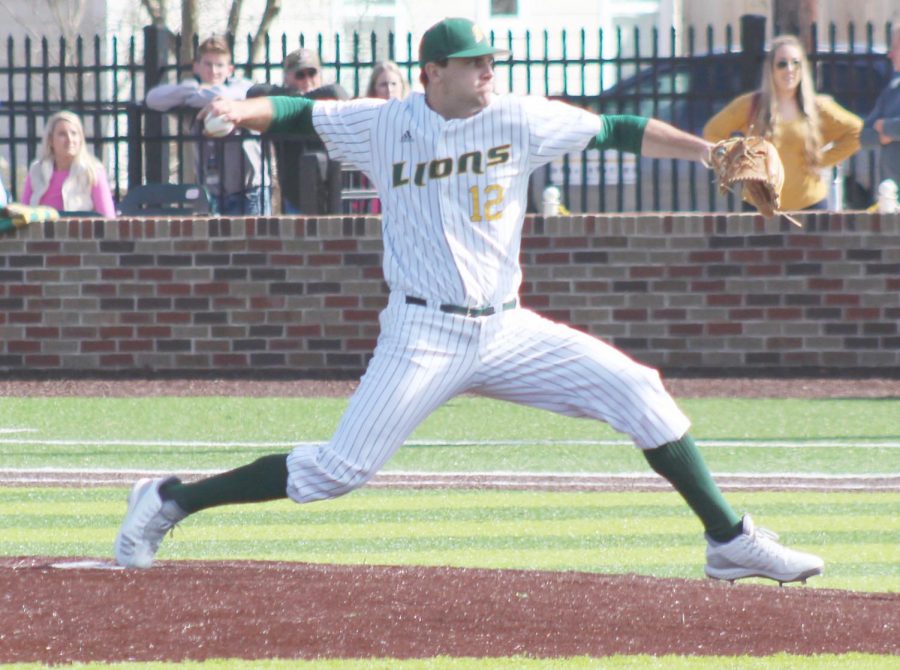 Bryce Tassin, a junior pitcher, throws a pitch in the eighth inning of the alumni game. The Lions scored a 13-3 victory against the alumni team.

In a scrimmage against university alumni including former and current professional baseball players, the Lions won 13-3.

“It’s a great thing that our baseball team hosts for the community,” said Riser. “It’s more than just a game of baseball. It’s time for guys to hang out with one another and catch up. During life, you always get busy with work, kids and other things, so it’s more of to catch up and hang out than just to play baseball.”

In the matchup, Riser noted parts of his team’s performance before the season starts later in the month.

“We did a great job taking the game serious and responding,” shared Riser. “With that being said, I saw a couple things that I liked and a lot of things that I didn’t like. We did a good job responding because that alumni team gets fired up early, and players can lose focus quickly.”

The baseball team will open its season at home against Louisiana Tech University on Feb. 15.