Cage makes a melody of dreams 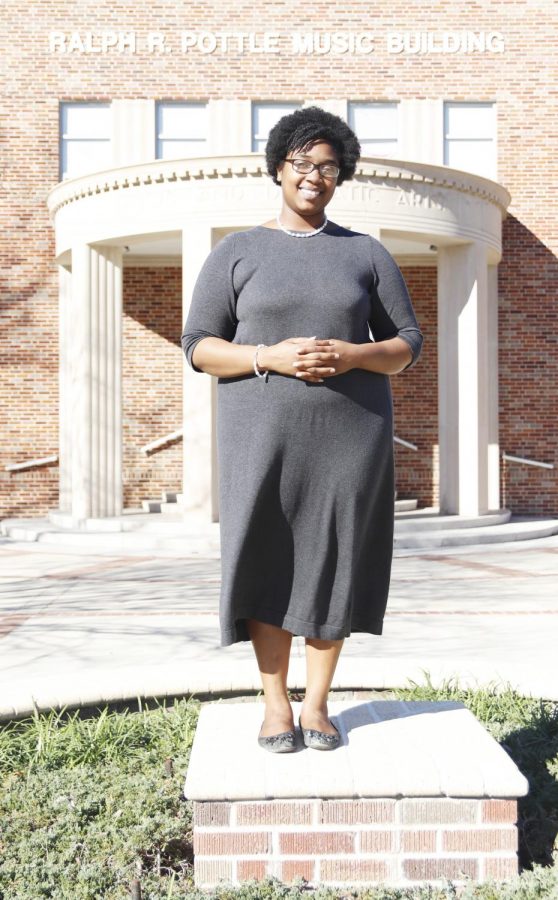 Sara Cage, a senior music major, earned three first place awards and the Governors’ Award at the National Association of Teachers of Singing in her first year making it to the finals.

Sara Cage, a senior music major, entered university history as the first student to receive three first place awards at the Southern Regional Conference of the National Association of Teachers of Singing.

Though Cage participated in NATS competitions since her freshman year of college, she never made it to the finals before this last contest. She described her experience as unreal and “a dream come true.”

“I cried during the announcements of all the finalists because I achieved my goal,” said Cage. “At that point, I didn’t care how I would be placed during finals. I just wanted to have fun performing as my teacher constantly reminds me to do. It was just the cherry on top to receive first place in each of the categories I competed in and receive the Governors’ Award.”

Cage competed in the senior women’s division, Hall Johnson spiritual category and upper level music theater-women category. The Governors’ Award recognizes performers who show “the greatest promise of having a professional career” in performance according to NATS.

Though Cage began singing when she was 4 years old, she did not take voice lessons before attending the university. In her musical career, Cage managed being self-critical by remaining motivated and patient.

“It can be very taxing to continually down yourself by comparing yourself to others or finding everything in your performance and practice settings,” said Cage. “However, I remind myself where I’ve come by listening to past recordings of myself to see the progress I’ve made. Singing takes time to develop, and a singer won’t typically reach their peak for their voice until they’re 30.”

Cage feels grateful for support from Associate Professor of Voice Dr. Alissa Mercurio Rowe who described Cage as “an exceptional person and student.”

“Her singing as a freshman was extremely musical, but she lacked some of the technical prowess to be able to sing freely,” said Rowe. “Since that freshman year, Sara has worked diligently and with great focus to gain the vocal technique needed for more freedom in her singing. She is one of the most hardworking and naturally musical students I have ever taught.”

Cage believes that a world without music would be “quite dull, so many sparks of creativity would vanish.” Singing allows her to bring joy to others.

“Music is so powerful in the sense of being able to transcend others to another dimension or having others feel what you feel as you perform,” said Cage. “Singing breaks down any sort of barriers that may have been created.”

Cage recalled the university choirs’ European tour during the summer of 2017 as an example of surmounting such barriers.

Cage said, “Although we could not speak their language and were ultimately the minority in their country, the music we sung erased the language barrier completely and allowed the listeners to sit and enjoy the music that was being created. That is why we do what we do.”