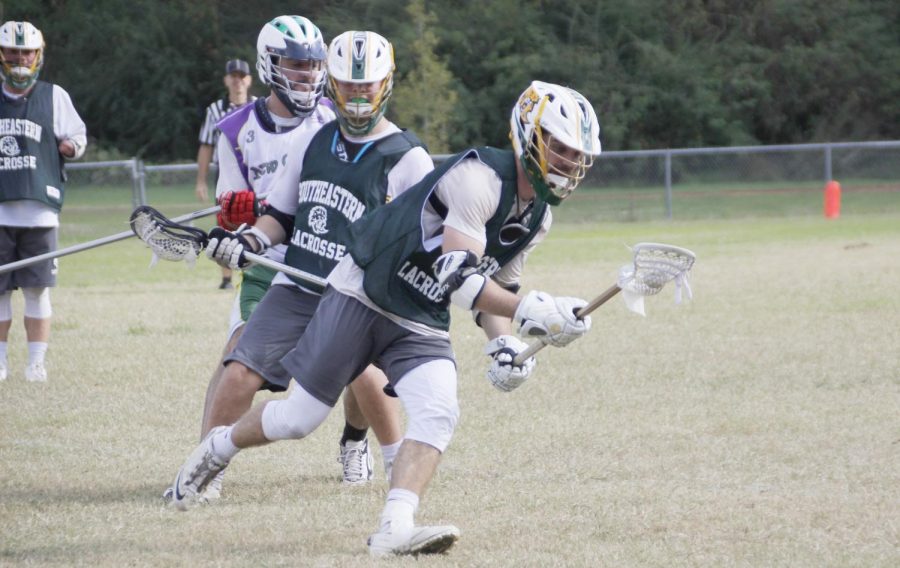 As a sports club, the men’s lacrosse team returned to the university in 2016. Since then, they have been making steady improvements.

“During our sophomore year at Southeastern, David and I lived as roommates, and after hatching the idea of starting a lacrosse team, we began the process of registering our organization through the school and the MCLA,” explained Bourque. “I played during our first season in 2016 until I injured my shoulder. Since that time I’ve acted as coach for the team alongside Jarred Hatfield, our new head coach and Matt Ringe.”

Merlin Farria, a sophomore industrial technology major, is one of the many lacrosse lovers on the team.

“The reason I chose lacrosse was because of the challenges that come with the sport,” stated Farria. “It was something completely different from what I was used to as an athlete. I’ve done plenty of football, track, powerlifting and many other sports.”

The sport demands a mental and physical preparation for seasonal games.

“Lacrosse challenges me mentally because of the game IQ, and physically from running up and down the field while cradling,” said Farria. “It was said that a lacrosse player runs an average four to six miles per game.”

Though lacrosse is in its third year at the university, improvement is the goal of every coach and player.

“The start of our season had some ups and downs,” explained Bourque. “We came into our first game of the season against Mississippi State with almost no preparation due to rain limiting our field availability. We lost 18-12 but showed some serious improvements later in the game.”

Bourque described how the team can improve and how unity and teamwork are important.

“Our team needs to work on basic stick skills and ball handling, team cohesion and our individual positions outside of practice,” explained Bourque. “The mental mistakes during games have held us back during the first half of our games especially. If we can fix the simple things and operate on the field as a cohesive unit, we can begin to seriously compete through the whole game against even our tougher competitors. On a positive note, I’ve seen many flashes of brilliance during games where the focus and cohesion comes together to allow us to pull off great plays. Now, we will try to make it a habit.”

Farria discussed his favorite concepts about the sport.

Farria shared, “My favorite thing about lacrosse is just being in the game itself, the hand-eye coordination with the ball, scoring on offense and playing solid defense, playing with guys that have been playing the sport since high school, team workouts, brotherhood, being family, and overall learning to work as a unit.”

Since the inception of the club, the men’s lacrosse team is steadily gaining members and plans to continue that trend.

Bourque said, “We have come a long way since our first season, but it is imperative that we continue to increase our roster size to keep legs fresh and make use of more talent from the non-varsity athletes attending Southeastern.”