The Lions baseball team lands its first victory of the season 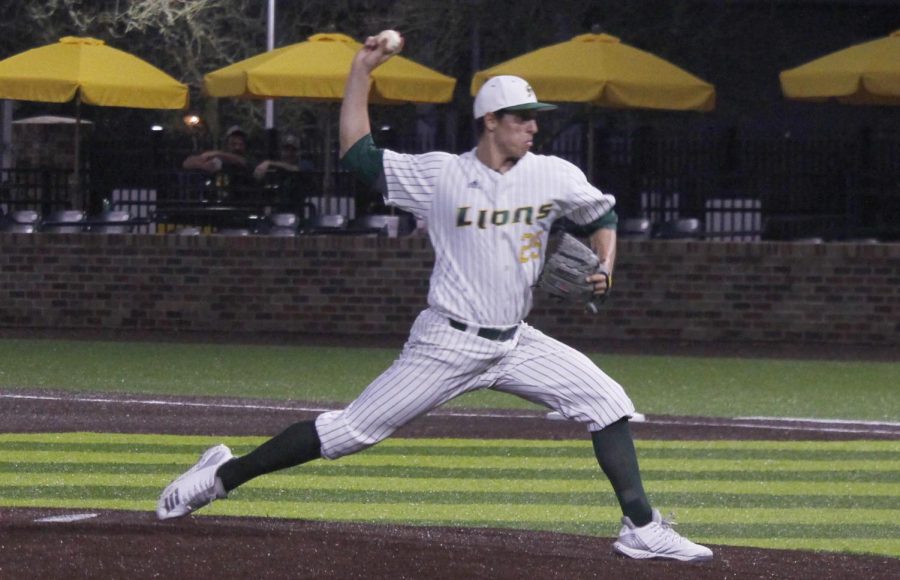 Corey Gaconi, senior pitcher, winds up a pitch in the weekend series against Stony Brook University. The series ended a four-game losing streak for the Lions as the team won two of the three games.

The Lions baseball team turned around a four-game losing streak as it won two of its three weekend games against the Stony Brook University Seawolves.

On the first night of the series, the Lions took home the first victory of the regular season. In the third game, which ended in a 8-0 victory for the Lions, Carlisle Koestler, senior pitcher, and Mason Knopp, senior pitcher, worked to shut out the Seawolves.

With the victory on Sunday afternoon, the Lions record improved to 2-5. Riser discussed the series outcome.

“We came in with the mindset that we wanted to take the weekend series, and we did that this weekend,” said Riser. “We had a rough weekend last weekend, but things changed in this series.”