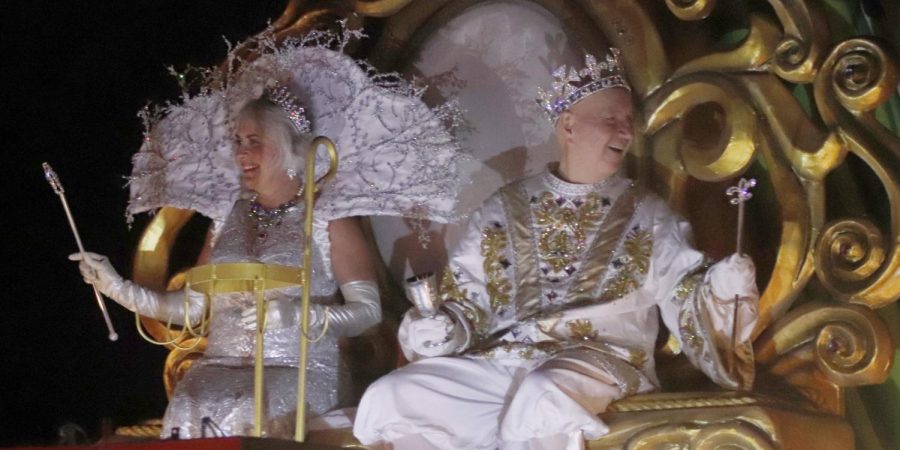 The Krewe of Omega hosts events like the annual Mardi Gras parade. This year's parade included over 22 floats and local singer Christian Serpas.

The Krewe of Omega, which began in 1986 by the Alpha Tau Omega fraternity, is a local social organization that strives to build friendships while celebrating Louisiana heritage and Tangipahoa Parish pride.

Cathy Roberts has been a member of the Krewe of Omega for 13 years and recently started her new role as krewe captain.

“We didn’t go through and make a lot of changes because it was my first year, and our board all had to readjust to things,” said Roberts. “It’s been a learning experience for everybody. We want to make changes to things to make things better.”

The Krewe of Omega is excited for the upcoming Mardi Gras season and the annual parade.

“We have our secret coronation in August,” shared Roberts. “Usually the king and queen will have a skit or some fun way of revealing who they are.”

This year’s king and queen are Hammond locals Kenneth and Linda Ross.

The Mardi Gras parade will have over 22 floats. 10 will be signature floats from Krewe of Omega members, and the rest will come from community members.

“We have lots of cars that are decorated by either a business or individual, and they’ll throw beads and things,” explained Roberts. “The parade will also have live bands, dance teams and stilt walker, and LED walkers.”

This year’s parade will include local singer Christian Serpas as grand marshal and a new dance team.

“We’ll be having a new semi-pro dance team, the Mystic Dixons from the North Shore,” stated Roberts. “There are about 25 women on the team, and they’re a New Orleans-styled dance team.”

Roberts shared that this year’s grand marshal will be local singer Christian Serpas.

More can be expected for the future of Krewe of Omega.

“We were at the end of our float contract with our provider in New Orleans,” mentioned Roberts. “Myself and three board members sought out new builders and got prices, and Matt Cantrell, who’s been building floats for 50 years, is going to help us out. We’re now saving a lot of money and will be able to provide more things for the community.”

Unlike other groups in the New Orleans area, no invitation is needed to join the Krewe of Omega.

“We have a wide range of ages and occupation,” explained Roberts. “There are some people who are retired teachers, doctors and lawyers. I’ve made some of the greatest friends I have here. We’re looking for younger members to group together and make this group bigger and better.”