The creation of lifelong friendships 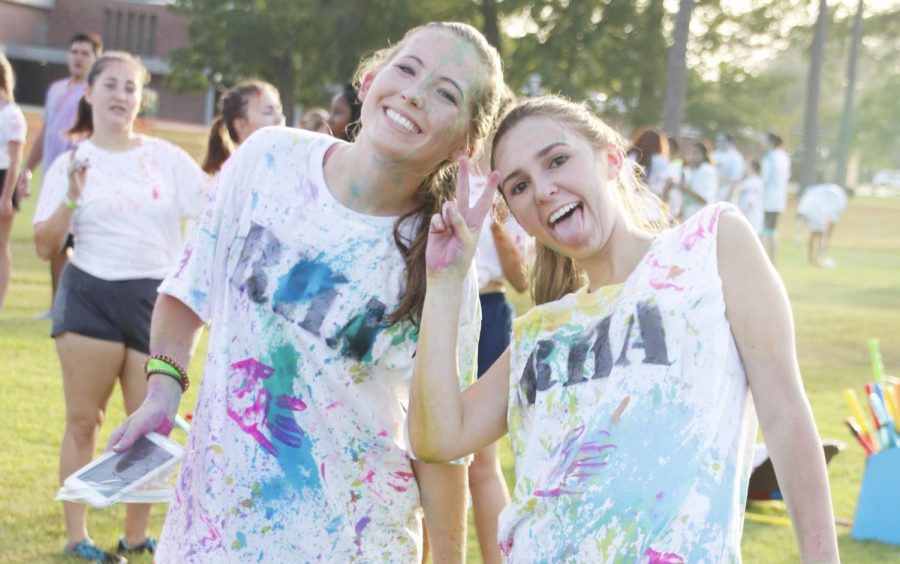 The Residence Hall Association holds events like “Paint Party” where students can participate with friends or meet new people. Students can build friendships by joining different organizations on campus.

With the transition from high school to college, incoming students may seek a variety of means to create new friendships.

Numerous organizations, such as the Campus Activities Board, can help students find friends and make connections. CAB Student Membership Manager Nicole Redmond, a junior history major, shared her experience with joining CAB for the first time.

“Whenever I joined CAB, that’s when I made my first friend in college, Megan,” shared Redmond. “We now work together, and we met here at a CAB interest meeting. Ever since then, we’ve been good friends.”

Lauren LeBlanc, a sophomore marketing major, explained her preference for finding friends by getting involved.

“Coming straight from high school, I was very hesitant to get involved, but I knew it was the key to make friends and make my overall college experience better,” said LeBlanc. “I immediately got involved with Greek life and joined a sorority.”

The Student Government Association provides students the chance to meet new students and build leadership skills with one another. SGA Civic Engagement Coordinator Indya Major, a senior criminal justice major, explained why SGA can aid students to transition to a college atmosphere.

“Students get educated on how the university works, meet new people, and also build leadership skills,” explained Major. “SGA events are a mixture of fun and service. Meeting someone and forming a friendship from SGA or any club is great because more than likely these people are on the right path. The friendships I have formed with people from different organizations are the best because they are student leaders too.”

“Joining a sorority opened many doors for me including doors to other organizations and on-campus jobs,” expressed LeBlanc. “I am now involved in the Catholic Student Association, Alpha Sigma Tau, an orientation leader, and I have a job in the processing center for admissions.”

In whichever setting, the university can help make lasting friendships through its values and services

“I believe the best method for making friends at Southeastern was getting involved and communicating,” said Davis. “One thing I learned fairly quickly about Southeastern is that the people care and that ‘You Matter Here.’ It is more than an expression. It goes right along with Southeastern’s two core values: excellence and caring.”