A repair strengthens a community 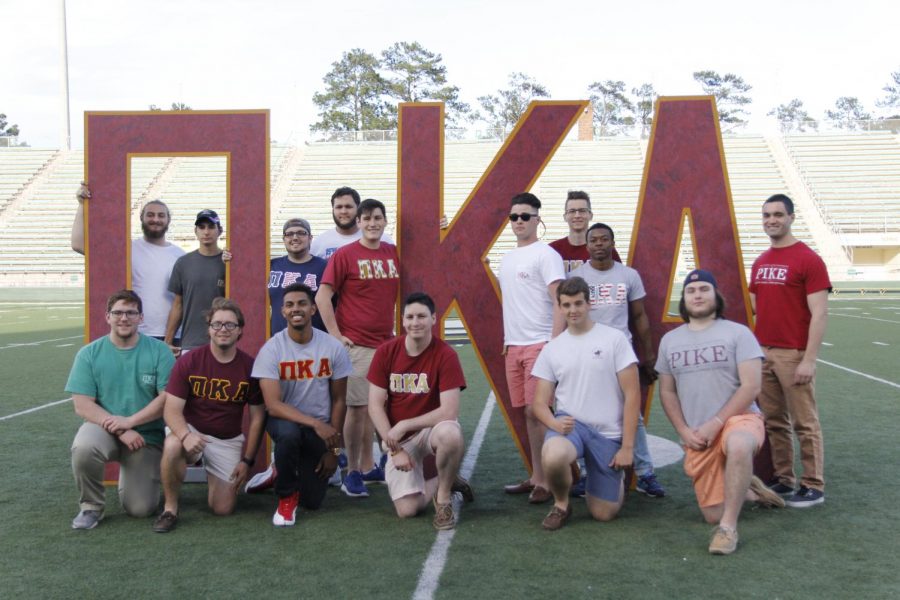 Members of Pi Kappa Alpha rebuilt a broken part of a fence in Dr. Ronald Traylor’s yard. Riley Trisler brought the idea to the fraternity.

Repairing a 40-year-old fence carries more weight than the wood it is made from.

Members of the Mu Nu chapter of Pi Kappa Alpha held a service project for Dr. Ronald Traylor, an instructor of history, on Feb. 23. The men helped rebuild part of Traylor’s fence that had broken down over time in his yard.

Traylor explained that he was talking with Riley Trisler, adviser of the Mu Nu chapter, whenever the subject arose.

“I mentioned to him that my old fence was in bad shape and I needed to get it repaired,” said Traylor. “At that point, he spoke up and said, ‘Well, it’s a part of my fraternity that we do certain amounts of community service. Why don’t you get approval for us to come to your house and fix your fence?’ Of course, I said, ‘Yes, indeed.’”

Chris Dominique, new member educator for the chapter, shared that the chapter wanted to give back to Traylor due to his connection to the fraternity.

“Dr. Traylor has always been a good friend of members of our fraternity and has helped us out along our way,” discussed Dominique. “So, we thought we’d return the favor where we could.”

About a dozen members showed up to Traylor’s house that Saturday to start repairing the broken fence.

Christian Barrow, a member of Pi Kappa Alpha, explained his part in the project.

“The job we were tasked with was patching up and reinforcing different parts of the fence to become more sustainable,” shared Barrow. “With a few tools, extra wood and some elbow grease, we were able to reinforce and replace parts of the fence that were either sagging, out of place or simply missing. Thankfully, lots of our brothers are very resourceful in this area, and the others were very eager to learn.”

After the project was complete, Traylor’s wife prepared a meal for the fraternity members.

“Those young men demolished, absolutely destroyed, a seven-pound pork roast,” explained Traylor. “We had pulled-pork sandwiches and all the fixings. So, everybody came out ahead. They got fed, and we got a good fence.”

According to Barrow, the project turned out to be a fun act of community service.

“Despite the talks of rain or blistering heat, we still went through with the idea of putting others before ourselves,” shared Barrow. “In turn, it came out to be a very fun and productive Saturday for all of us.”

Traylor believes that a major part of Greek life should be about giving back to the community. Through this project, he shared that he appreciated the chapter’s use of their time.

“When I give up my time, I am giving up my most precious commodity, and that’s what they did for me,” said Traylor. “They gave up their time, and that is why I appreciate their help so much.”