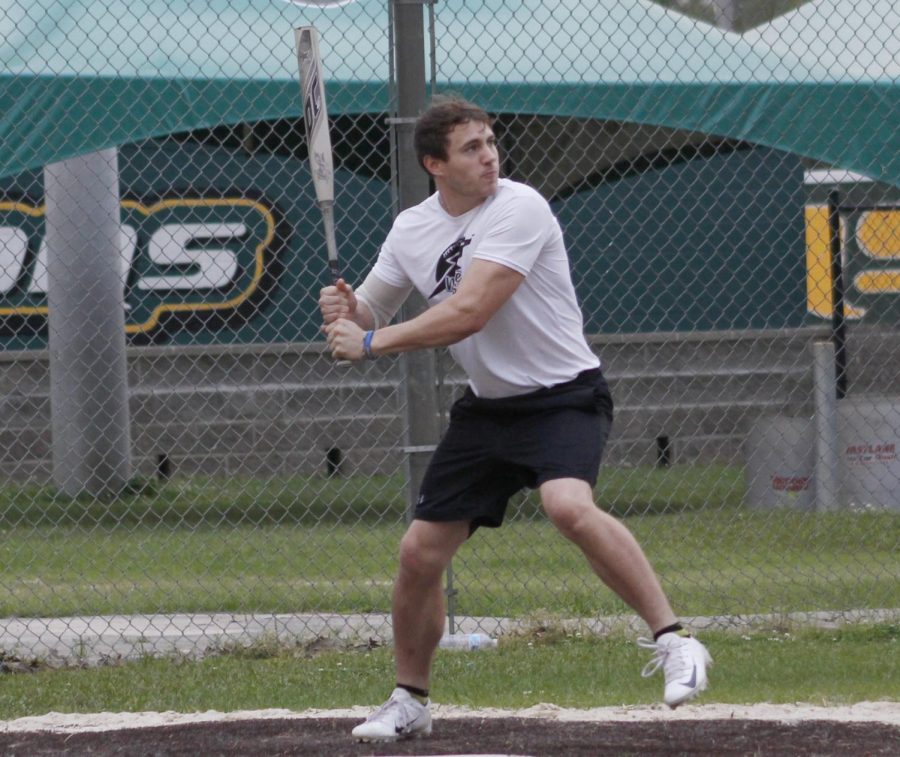 Six teams fought for their place in the intramural softball league at North Oak Park. The teams "White Lightening" and "Alpha Trap Tropics" left the field victorious while "Chicks and Sticks" and "Bat Intentions" tied.

The intramural softball league, hosted by Recreational Sports and Wellness, matched up another six competitive teams.

The league continued on Thursday, March 14 in the North Oak Park at 6 p.m.

The “White Lightening” beat the “Kappa Sigma Brew Crew” 18-2 while the “Alpha Trap Tropics” secured a 24-4 win against the “Sig Tau Sharks.” The third and final matchup of the night saw a 9-9 tie between the “Chicks and Sticks” and the “Bat Intentions.”

Zachary Lipoma, a senior business administration major, discussed what he enjoyed about the series.

“It is a very cool thing where everyone can come and chill out from all the stress with classwork and midterms,” explained Lipoma. “There is a lot of competitive people that come out here. When you first come out here and look at everyone, you do not think people are competitive. A lot of the more quiet guys are the competitive ones. The ‘Alpha Trap Tropics’ are the best team I feel like because I play for them.”