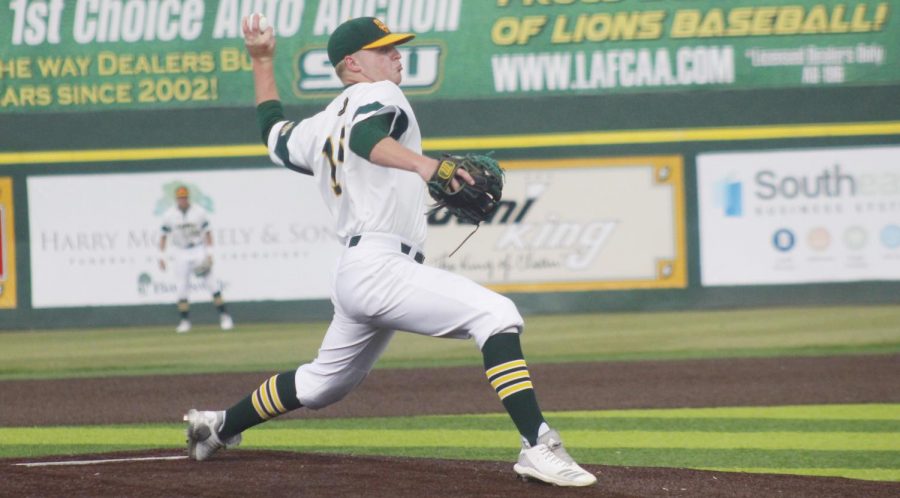 The Lions baseball team lost 8-9 against the University of Louisiana at Lafayette. The game dropped the Lions to a 14-15 overall record and a three-game losing streak.

The Lions baseball team took its third loss in a row against the University of Louisiana at Lafayette dropping to a 14-15 overall record.

“In all honesty, it was a tale of two bullpens,” explained Riser. “Our bullpen was not too good for us tonight unfortunately. We knew there was gonna be some key pieces coming out of their bullpen, and kudos to them. They did a good job. We talked about it after the game. When you don’t win the middle innings and you give up the big innings, it’s tough to win ball games.”

Riser shared how the team can improve for the next game.

“The pitching has been there for us, but we did not pitch too well tonight, and we need to make sure that doesn’t become our weakness,” said Riser. “We can’t do that this weekend. Offensively, we need to keep the momentum up from this game and roll that over to this weekend. The offense has to continue to build confidence like we did tonight.”

The Lions will compete against the University of New Orleans on April 5-7.