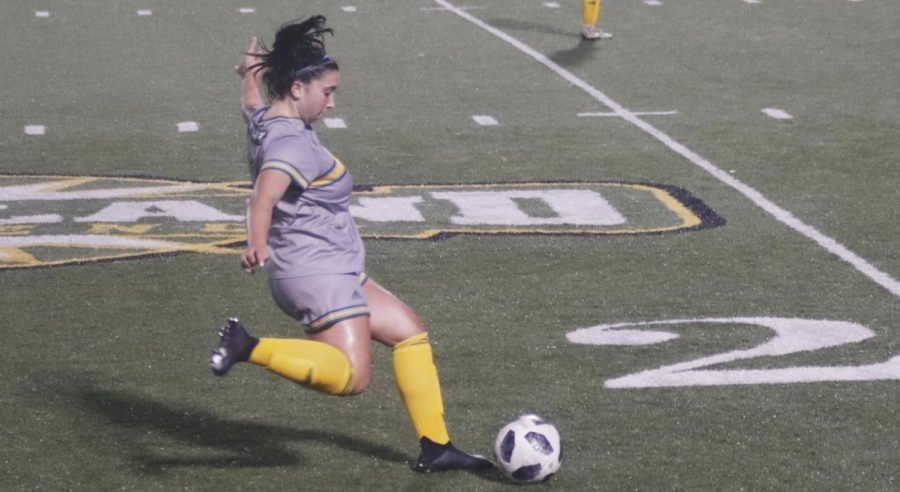 The Lady Lions soccer team secured a 2-1 victory over William Carey University in the last game of the spring season.

Aubree Dillon, a freshmen midfielder, scored the first goal of the match in the first period. In the third period, the Lady Lions secured the 2-1 lead and carried it to the end.

Christopher McBride, head coach of soccer, discussed the outcome of the game.

“William Carrey was a pretty great team,” explained McBride. “They just came off the NAIA championship and have a lot of very good international players. They played really good soccer tonight, and we were not prepared for how quickly they move the ball. We tried some different things tonight and changed up some formations in the first half tonight, but that’s soccer, and that is what the spring is about.”

Dillon feels her team performed well in the match.

“Coming out and securing the victory tonight felt great,” stated Dillon. “It was a good overall team win for us. It is good to play solid teams like William Carrey who are real technical in their game. Throughout the whole spring, every player grew and learned a lot about themselves individually. I think we have an entirely new perspective for the fall.”

McBride expressed satisfaction with the end of the spring season.

“It felt good to win on a positive note and in the win column,” said McBride. “Again, you don’t keep a record in the spring for a reason because you learn and you have to take time to develop. The score is not what really matters because the purpose is to grow and learn from the spring season.”