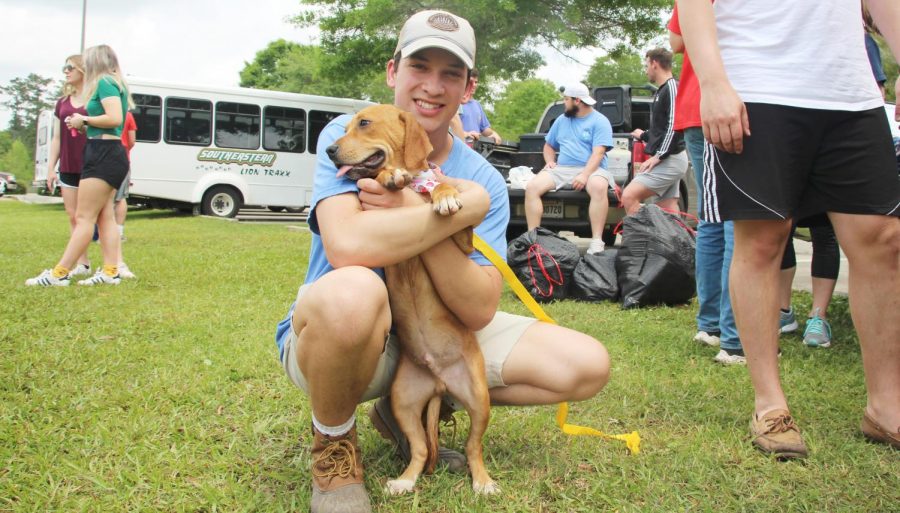 At the third annual “Puppy Run,” Kappa Sigma raised $2,274, the most money raised at the event to date.

Anthony McMichael, a senior kinesiology major and a member of Kappa Sigma, discussed the growth of the fundraiser.

Of the seven dogs from Tangi Humane Society present at the “Puppy Run,” six were adopted.

Peyton Licciardi, a sophomore accounting major, did not originally intend to be one of the adopters.

“When they opened the back trailer, I saw the dog, and I knew I needed to adopt it,” explained Licciardi.

Tyron McLemore, a senior business administration major and a member of Kappa Sigma, thanked Monster Ink, The Brown Door and Cate Street Pub for their contributions.

McLemore shared, “They didn’t have to do it, but they donated a lot of money, at least six to seven hundred dollars, and that’s huge because that shows that the community wants to get involved with what we’re doing here on campus at Southeastern.”