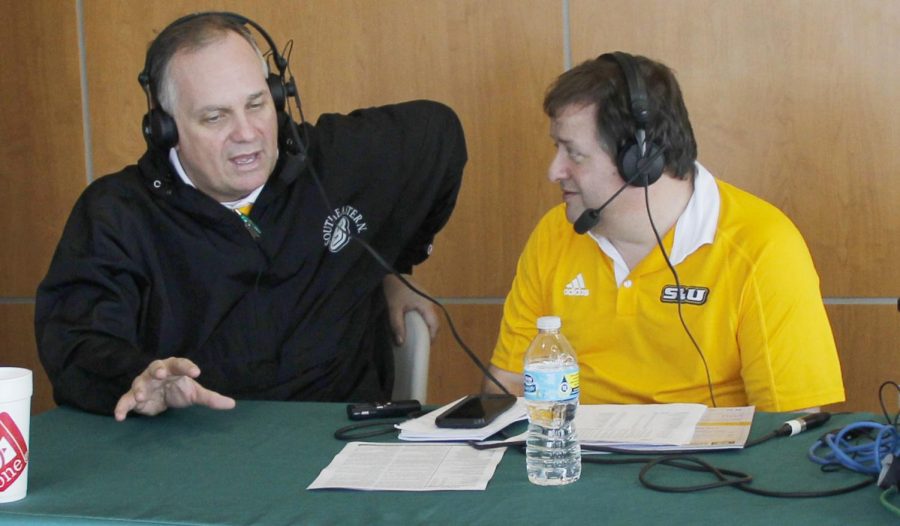 After five seasons as the head coach of men’s basketball team, Jay Ladner stepped down to lead a different team.

Ladner resigned on April 18 to take the position of head coach at his alma mater, the University of Southern Mississippi.

“I will always remember the opportunity I was given to be a Division I basketball head coach,” explained Ladner. “I had coached in high school for many years and at college where we won the junior college national championship. Dr. Crain and coach Artigues had enough confidence in me to let me coach. The next thing that I will always remember is the warmth of the people. It’s a very bittersweet departure from Southeastern because I grew to love the university.”

Ladner had a message for current players on the men’s basketball team.

“I’m very sad that I no longer have the opportunity to coach these young men anymore,” said Ladner. “I’m very proud of what they have done and what they have accomplished. I’m very proud on where the program is headed as they’re built to compete in championships in the Southland Conference. I want them to keep moving forward and to keep fighting. Von Julien is a league-leading guard and will be the leader of that team.”

Ladner explained that his decision for the job change was not due to any resentment for Southeastern. Rather, he explained that being an alum of USM and raised in Hattiesburg, the new coaching opportunity was a rare occurrence.

“I didn’t think it was necessarily the time to leave, but it was the opportunity that presented itself to me,” said Ladner. “It was the only situation where I would leave Hammond because now I consider it to be my second home.”

Ladner advised the next head coach to be his own person.

“Certainly take whatever you want to make the program how you want to run it,” stated Ladner. “I love our program, and I love our fans. I will always ‘Lion Up’ as Hammond is my second home.”

Von Julien, a junior guard, shared how he felt about Ladner’s decision.

“He held a meeting and brought us in as a team to let us know before he took the coaching job,” stated Julien. “It was a no-brainer to take the job at Southern Miss. He is from there and played there. That’s every coach’s dream.”

Parker Edwards, a sophomore guard, shared his emotions when he found out about Ladner’s decision.

“It was extremely shocking to me,” stated Edwards. “It was kind of unexpected, but we all knew Southern Miss. is where he’s from. Once he stepped down it was crazy, because I never expected the coach who recruited me to step down, but you gotta move on and move forward.”

Julien and Edwards both wished Ladner success in his next coaching job.