Rocquin selected as Woman of Excellence 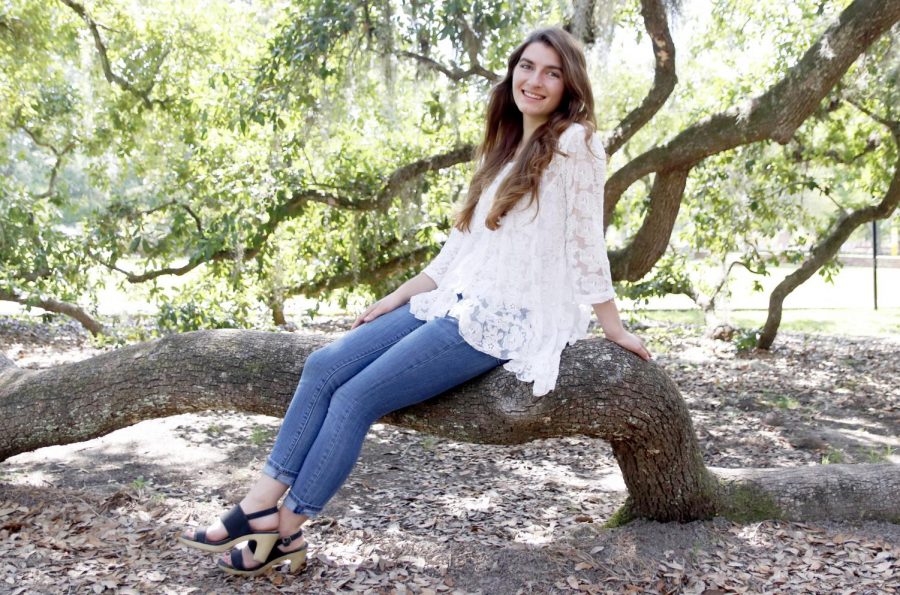 The LLWCF is a nonprofit organization comprised of female legislators currently serving in the Louisiana Legislature.

With a focus area in organizational communication and a minor in Spanish, she is the vice-president of the Honor’s Club, a member of the Public Relations Student Society of America, the Baptist Collegiate Ministry and the National Society of Leadership and Success while also holding four certifications in media topics.

Rocquin has dedicated countless hours to her passion and believes that aided her in being chosen as a recipient of this award.

“I’ve spent a lot of time volunteering, advocating for causes I care about through public speaking, and investing in my community,” shared Rocquin.

Two college students each year are chosen for this award based on integrity, character, leadership and service to others and who exhibit high levels of work and academic standards.

Although Rocquin has won more than 20 international, national and state awards for public speaking, she feels that giving back to the community is more vital than all of these and believes that this is what set her application apart – along with a glowing letter of recommendation.

“I took a gap semester to do mission work and intern at a church in Irkutsk, Siberia,” explained Rocquin. “I think that always fascinates people. Dr. Procopio wrote me an amazing recommendation letter. If you’re applying for a scholarship, I definitely recommend asking someone early who cares about you and is a good writer.”

In the recommendation letter Dr. Claire Procopio, professor of communication and honors director for the university, explained her first encounter with Rocquin.

“I first met Victoria when she arrived at Southeastern in January of 2018,” said Procopio. “She was fresh back from Siberia and inquiring about how she could take on the more advanced challenge of Honors Program courses. In that first encounter, I knew Victoria would be a shining light. A student returning from the coldest city on earth in January isn’t a routine thing.”

Rocquin’s leadership abilities are a glisten of her character as she finds ways to utilize her skills to better her community.

“One impressive fact about Victoria’s record of service is how often she is the leader – even creating organizations to address a community need,” explained Procopio. “A second special thing about Victoria’s commitment to community service is how often she is able to bring her excellence in her area of specialty – communication – into her service endeavors.”

Since it was her first time applying and other women she spoke with applied for multiple years before winning, Rocquin was not expecting to receive the award.

“Knowing I was included in an incredible list of women who serve their communities and are doing awesome things in the world is quite an honor,” expressed Rocquin.

Rocquin’s parents are a major support system in her life and have influenced many of her decisions.

“They have always challenged me to be the best version of myself, and inspired me to strive to live an other-focused and Christ-like life,” explained Rocquin. “I’m definitely still learning how to do that, but I think this award signifies I’m on the right track. I was also motivated by reading the stories of past award winners.”

While being surrounded by so many inspiring people at the Governor’s Mansion, where she received the award, Rocquin felt empowered to continue doing her best.

“I felt like I was bumping elbows with Wonder Woman all night,” said Rocquin. “Being there definitely inspired me to strive to serve and lead better. The scholarship itself is a blessing that will help me focus on my studies, as well as the various campus activities I’m involved in.”