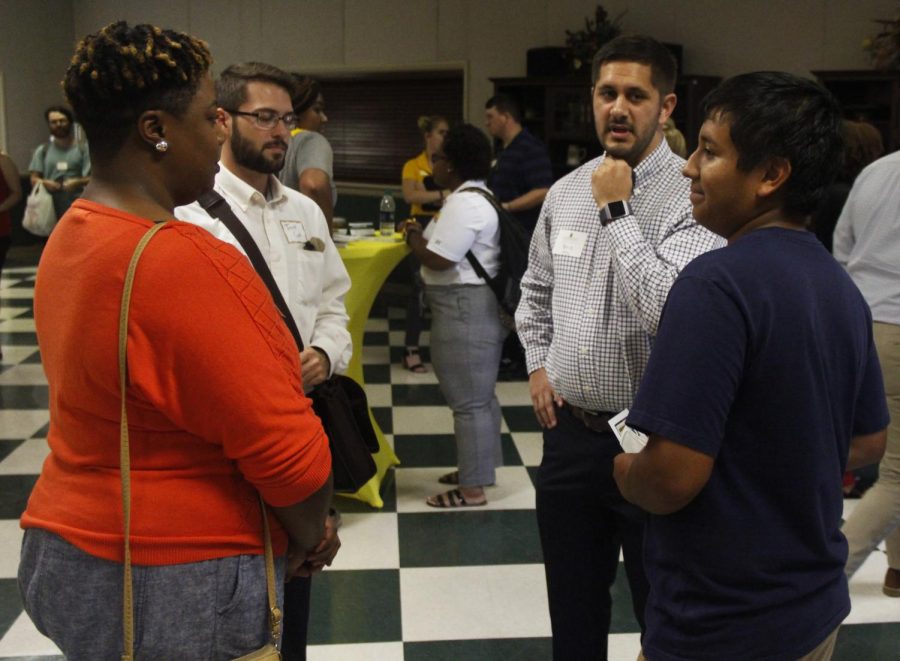 During "Networking for Introverts," students were helped by alumni to practice communication skills. The event was hosted by the Office of Career Services to help students prepare for the upcoming "Career Fair".

Students had a chance to practice communication for job interviews in an event organized on campus.

The event was organized by the Alumni Association and was held at the Alumni Center.

Jenni O’Neil, associate director of alumni programming, explained that the event was put with the help of other departments on campus.

O’Neil described how they planned the event and how beneficial it is to the students who attended.

“We did it intentionally before ‘Career Fair’ because we wanted them to have some tools heading into that event,” stated O’Neil. “It is really beneficial to the students who attend because they’re not only talking to members from the Gold Council, Board of Directors and from many different companies. These tools will help them because they’re meeting potential employers at this event.”

Phillip White, a senior computer science major, shared how he feels the event will help him.

“I hope this event gives me that extra confidence I need going into job interviews,” stated White. “I am good at getting the interview but I just need the extra boost of confidence to have a good conversation with people.”