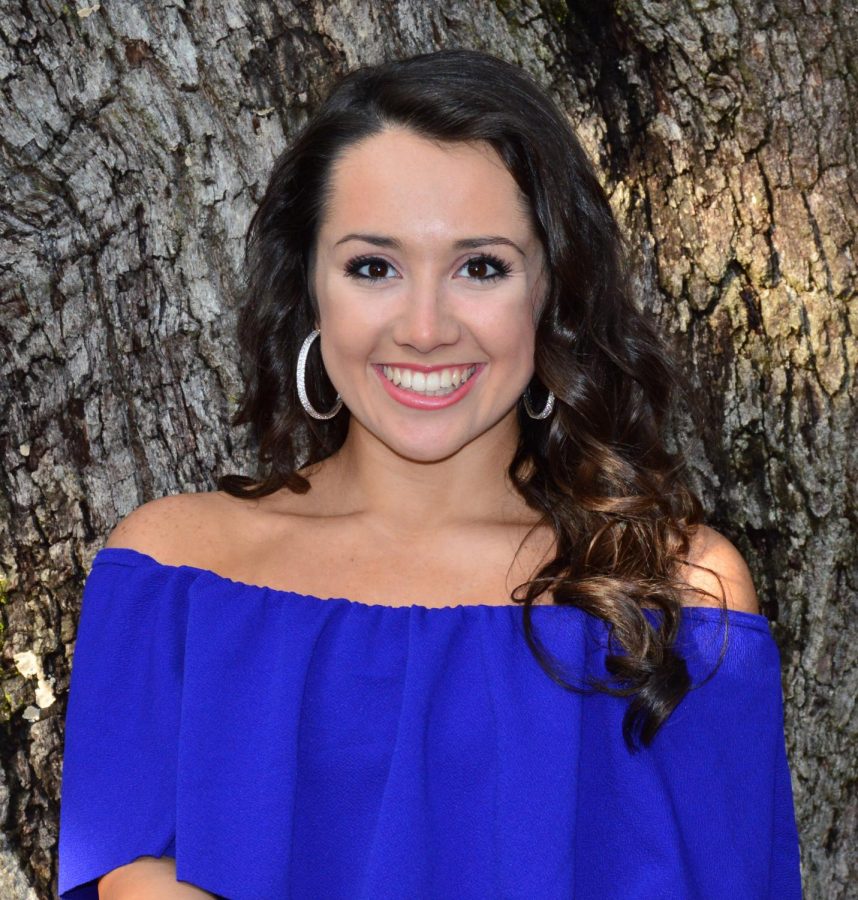 Alyssa Larose, a senior special education major and Miss Southeastern Louisiana University 2018, was recently selected as the first student ambassador for the university for Coca-Cola.

Cola-Cola is in partnership with the university, utilizing student ambassadors to promote the brand and products on campus.

Larose explained that she is responsible for promoting Coke brands and products. She accomplishes this goal by posting on social media information regarding initiatives that Coke is involved with and about products that are popular with students at Southeastern.

“I am employed by the Coca-Cola company to promote Coke brands and products, and all the great things that the company does around the world and on our campus,” shared Larose. “I do this by posting on my social media about initiatives that Coke is doing, and products that are popular with students at Southeastern.”

Along with posting information on social media, the job also requires Larose to host at least six sampling events with Coca-Cola products.

“I communicate with the local bottler to plan these events, order the product and plan extra events like give-aways,” stated Larose. “I participate in webinars with Coca-Cola executives and learn skills that can help me in any career.”

The former Miss Southeastern shared how she found out about the student-ambassador position with the company.

“I met Dwayne Hector, the business development manager, and Paula Kelley the former key account manager for Coca-Cola New Orleans, at an event that I was attending as Miss Southeastern,” stated Larose. “A few weeks later, I went into the market next to Pizza Hut to get my afternoon caffeine fix before an SGA meeting. Dwayne was there and recognized me as Miss Southeastern. He asked me if I would take a picture with a Fairlife ‘Yup!’ for a national contest. The picture ended up winning the contest, and from there, my relationship from Coca-Cola blossomed. I did many events with Coke during my reign, and did the job of a Coke campus ambassador without officially being it.”

Larose was able to participate in a training opportunity this past summer at the Coca-Cola headquarters in Atlanta with student ambassadors from across the country.

“At the training, I met over 150 other ambassadors, Coke executives, and people form partnering brands,” explained Larose. “It was there that I found out about all the sampling events I would have to do this summer incentives for being a top ambassador, as well as all the products within the company. I also got to taste products that will be released soon and learned about really cool initiatives and projects.”

Larose is excited for the next event for Coca-Cola and how students can help with the event.

“My next event will hopefully be in mid-September,” shared Larose. “I’m looking forward to all the samplings we have planned for this semester. The biggest event will be a Coke float sampling. I’ll probably need some extra hands for that event so I’ll be asking students for help soon.”

Casey Foery, a Coca-Cola senior marketing manager, described what made Larose qualified for the job role as a student ambassador.

“Alyssa was chosen to be our first Coca-Cola ambassador for several reasons,” stated Larose. “She scored above average on our application process, and she also had creative and clean social content which we like to see for all of our ambassadors.”

For more information regarding student-workers and internships with Coca-Cola, go to coca-colacompany.com and select the “Careers” tab to learn more.