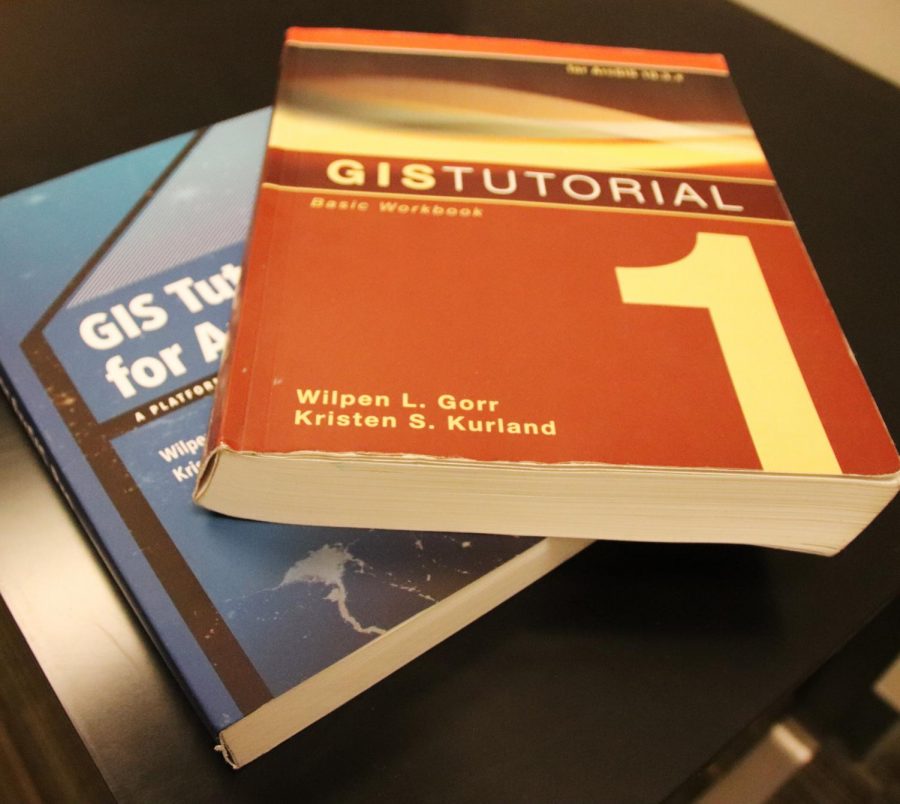 Geographic Informaton System (GIS) is a computer software system that deals with spatial or geographic data. Vibriyogn Epuri, a sophomore mathematics major, is among the first to receive a new certification in this area.

GIS IBC is a computer software system that is designed to capture, store, manipulate, analyze, manage and present spatial or geographic data.

Epuri explained what the certification means and where he does most of his work.

“It is an industry-based certification for the entry-level positions for the GIS positions,” shared Epuri. “Basically, once you get the certification and after graduation, you can get a job that starts pay at $15 an hour. It’s a job that is very technology-based as you work from your computer all day.”

He shared what the job role is of a GIS and what they use their research for.

“You add layers on different types of maps on a computer,” said Epuri. “From those maps, you can do stuff like analysis, study different geographical areas and learn about land shifts.”

Epuri took the certification for the Global Geospatial Institute in Baton Rouge.

“More times than not, it takes a year to study everything and take the certification test,” commented Epuri. “I was given a scholarship by Ms. Fran Harvey to take the course. It is supposed to take two semesters to really learn the material, but we had to cut it down to six months to learn it all. When they cut the class down to six months, it affected my studying schedule greatly.”

Tutorial books were available to help prepare for the exam.

“Basically we go through it and learn what GIS all has to offer,” stated Epuri. “You are basically learning all about computer stuff for the majority of the class. We took a lot of tests, quizzes and reviews to prepare for the test.”

“The point of the certification is to get a good job for summer internships and after graduation,” said Epuri. “A boss or business owner will see that certification on your resume and be impressed. My mom was the first person I told once I passed the test, she told me that she was so happy and proud of me.”

He shared what his next steps are in his GIS process and what certification test he is studying for now.

“I was certified in the basic GIS software,” shared Epuri. “The next certification I am going for is GIS Tutorial for Arch Map Pro. This is the professional software where you can do a lot more things with and go deeper into GIS.”

According to ZipRecruiter, the jobs that you can get with a GIS certificate are a GIS technician, an analyst, a project manager or a GIS programmer or developer. The duties of a GIS technician include handling data set collection and mapping responsibilities using existing software and applications.

Students and educators wishing to learn more about GIS and its application school can contact Stephanie Shaffett at [email protected] or call the Institute at 225-939-1091.