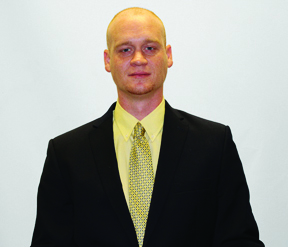 Jay Ladner, former basketball coach, worked for five seasons and led the team to a 76-88 record overall and an appearance in the 2018 National Invitational Tournament.

The University of Southern Mississippi alumnus has returned to his alma mater to coach the Golden Eagles basketball team.

Kiefer elaborated on what he hopes the team can do this upcoming season.

“I hope to do the same things we did under Coach Ladner,” shared Kiefer. “We hope to have a continuation of his team and put my own stamp. I want our team to be the fittest and the most physical team in the Southland Conference. I want to continue to reach out to the students and community to have the best possible season we can have.”

Kiefer shared what his reaction was when he found out that he got promoted from assistant head coach to head coach.

“I was overwhelmed with joy,” said Kiefer. “Everything really happened so fast. With Coach Ladner leaving this summer for Southern Miss., I did not think that I would be a head coach this season. My wife was the first person I told, but the first thing she told me was, ‘You still have to come home and change the baby’s diaper’.”

Kiefer stated how he hopes to recruit for this upcoming season.

“I think we need to start out with Louisiana because it’s the most important state,” stated Kiefer. “After that, every other state is equally important. We have to stay home and recruit your local, big-city guys. Guys from Baton Rouge and New Orleans and even the smaller cities. Whether it’s junior college or out of state, my connections have obviously been linked to the state of Florida, and we will continue to recruit Florida.”

Von Julien, a senior guard, was excited when Kiefer was named head coach.

“All the guys were very excited because we don’t have to go through much change in the system,” stated Julien. “Having Kiefer as an assistant really brought the energy last season. It’s really nice to see Southeastern stay in the house and hire a coach that knows the program.”

Julien commented on the type of coach that Kiefer is and how well the team gets along with him.

“He is definitely a player’s coach,” shared Julien. “He is different than other coaches because he is very relatable and cracks jokes with us. He is a very easy guy to get along with, and he knows the game of basketball really well.”

The Lion’s first regular-season game is on the road against Tulane University in New Orleans on Nov. 6.

Student admission is free with a university student ID.