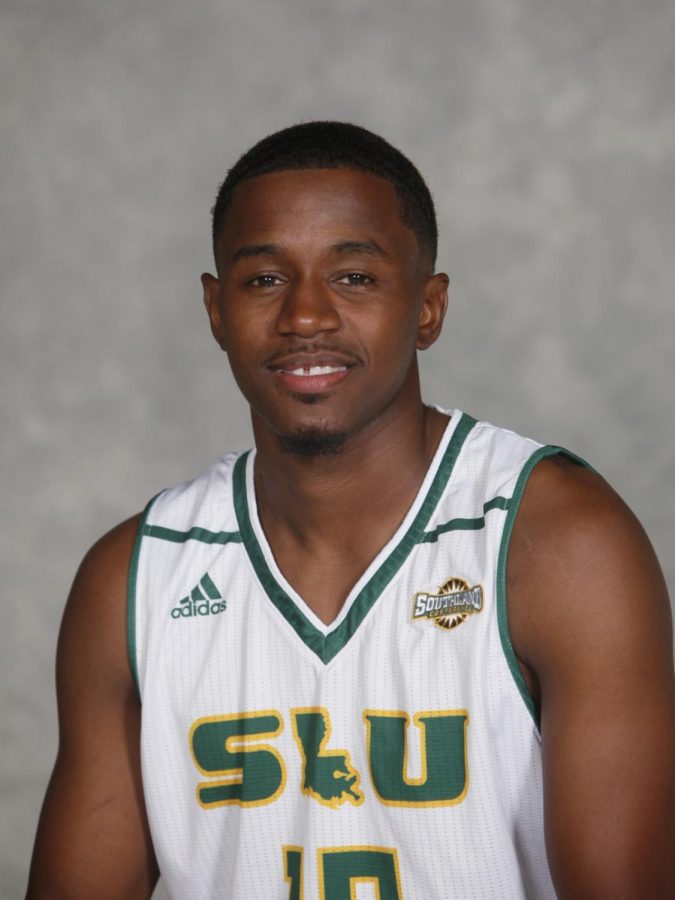 Julien started to play basketball when he was a child. He was motivated by his father, who put the idea in his head to play sports.

“I probably started at about four or five, just being outside, working out with my dad,” shared Julien. “Just running up and down the street with a basketball. It’s the love, growing up doing it. My dad instilled that in me and my brother.”

Julien started by playing multiple sports, but ultimately decided on basketball as his primary sport.

“I played basketball, football and ran track, but I’d say basketball really stuck out,” said Julien. “It was just something about it that I really loved. I’d say football came the easiest, but I don’t think people realize basketball is a mental sport, with being physical and everything.”

“That first year I got here, I had to sit out, but we actually won the regular season championship and went to the NIT tournament, and even though I wasn’t on that team, I still was able to practice and get them prepared,” explained Julien.

As the only senior, Julien’s responsibilities now extend beyond the court and into the locker room.

“I think I have a bigger role, but I think that’s pressure that it’s my last year and that I will never play college basketball again,” commented Julien. “ Just trying to do the best I can do and show the freshmen the right ways.”

Julien explained that he plans to continue to be involved with basketball upon graduation.

What Julien is looking forward to most about this season is winning games, proving the doubters wrong and showing the freshmen the ropes of college basketball.

“Getting to that NCAA tournament, winning our conference tournament, just proving to people that just because you have freshmen, that doesn’t mean anything,” said Julien. “I see we have doubters and everything but just to prove it to those freshmen.”