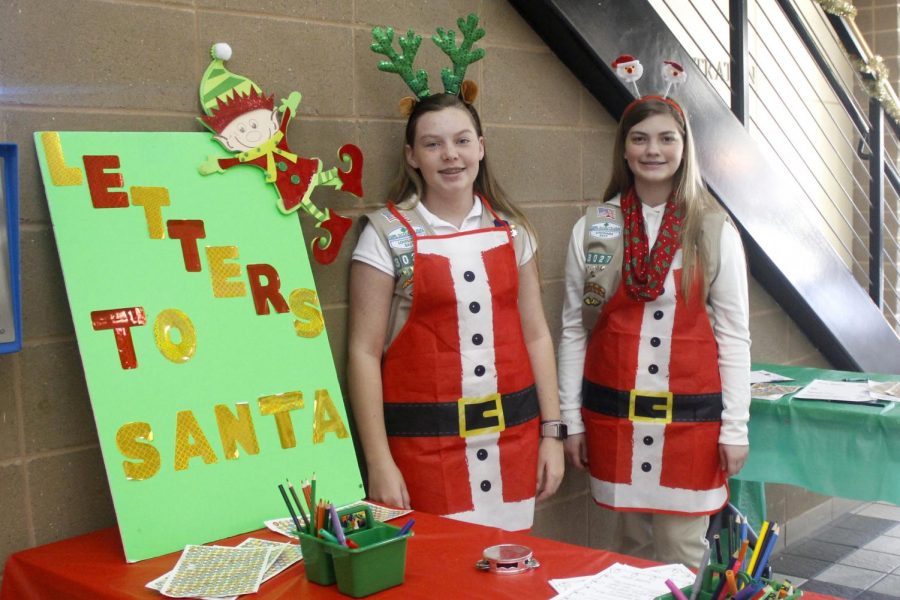 Vendors at the “Jolly Jingles Market” dress up as Santa’s helpers and set up tables for children to draw and color Christmas-themed pictures. The market also hosted live music from multiple elementary schools in the Hammond area.

Residents of Hammond got their Christmas shopping done early with the help of over 50 local vendors and live entertainment.

The Junior Auxiliary of Hammond hosted its fifth annual Jolly Jingles Market on Nov. 9 in the Pennington Student Activity Center from 9 a.m. to 4 p.m.

Kandace Formaggio, president of the Junior Auxiliary of Hammond, explained that the event was organized to get involved with the community.

“We did it to replace our Gala,” said Formaggio. “We decided to do a fundraiser to get more people in the community involved.”

Formaggio explained that they decided to do a Christmas market early, following the trend in nearby areas.

“We have done some research, and there are Christmas markets that go on from the beginning of November through the two weeks before Christmas in the community, in Baton Rouge and New Orleans,” said Formaggio.

The organizers try to make Jolly Jingles Market different from other events.

“We look for products that people in our area aren’t gonna see,” said Formaggio. “So, always handmade or something special, also small businesses we see that definitely wants to get out in the community. We look for beautiful items and things that are definitely quintessential.”

New events were added this year, including a raffle from Kendra Scott, Pancake Breakfast with Santa and a gift certificate tree where attendees could donate to.

“When I get to see someone I hadn’t in a while or when the children’s entertainment groups perform, and when I see them excited and they come and hug me and get to talking, just that connection to people in the community and that’s what it’s all about,” said Formaggio.

Kelly Martin represented Sage Rabbit Soapery in the Jolly Jingles Market. She was excited about participating in the event.

“I was excited,” said Martin. “I just moved here in January, and this is the first event I have done here. My experience has been extremely well. Friendly crowd.”

Peggy Verberne, an attendee, loved participating in the event.

“It’s great,” said Verberne. “My three daughter-in-laws and granddaughters love it. Just being here is great. They could expand it a bit and add more vendors, but everything is great.”

For more information about Jolly Jingles Market and the Junior Auxiliary of Hammond, visit their Facebook page.