‘The Nutcracker’ returns to the Columbia 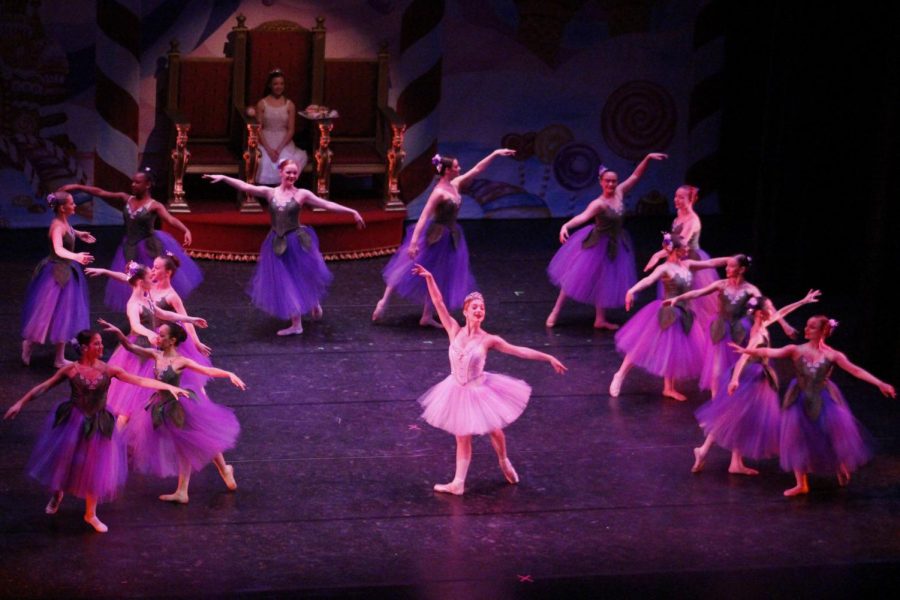 The Hammond Ballet Company performed ‘The Nutcracker’ last December. The group returns this year with new performers for the ballet.

The Columbia Theatre for the Performing Arts will be holding the annual showing of ‘The Nutcracker.’ The fantasy story will be performed by the Hammond Ballet Company on Dec. 13-14 at 7 p.m.

“We host the show every December, so my staff is pretty prepared for what to expect,” said Winter. “Right now, we are concentrating on the Yuletide concert this Friday. After that, we will begin setting up for ‘The Nutcracker.’”

Artistic director of Hammond Ballet Grace Jeanfreau explained the procedures that the Hammond Ballet Company follows through months beforehand in order to recruit and prepare the dancers for ‘The Nutcracker.’

“We meet to discuss the upcoming production, preparing for auditions, fundraisers, costumes that need to be updated, etc.,” explained Jeanfreau. “In September, we audition over 100 dancers ages four and up from the community. Rehearsals begin the following week, every Friday and Sunday until the performance in December.  Dancers are taught the choreography for each role they are selected for and then continue to clean and practice to be ready for the stage.”

Jeanfreau also elaborates the other components and team efforts involved in creating the show.

“It takes the entire week leading up to the performances on Friday and Saturday to bring it all together with the production sets and dancers ready to perform,” explained Jeanfreau “This wouldn’t be possible without the dedication from the directors, volunteers, dancers and crew at the Columbia Theater. Hammond Ballet puts on a wonderful, very polished traditional production of ‘The Nutcracker’ Ballet right here in our hometown.”

This year’s showing of ‘The Nutcracker’ differs from previous years, as it will include the Snow Prince, portrayed by Christopher Landreneau, who will share the scene with the Snow Queen, played by Annabelle Mack. There are also two girls casted as Clara, the main character. These roles will be taken by Darby Maurin and Zoe Dieringer.

The Hammond Ballet Company has been performing The Nutcracker since 1996 and has moved to several locations throughout Hammond since then.

“We began in Vonnie Borden Theatre at Southeastern Louisiana University and then moved into the beautiful Columbia Theatre,” explained Janet Neyrey, artistic director at Hammond Ballet. “We also perform excerpts of the ballet at our Annual Nutcracker Tea that has been held in various venues in Hammond and Ponchatoula.”

The play will be held at the Columbia Theatre in Hammond on Dec. 13-14 at 7 p.m. Tickets to experience the story brought to life by the skills and cooperation shared between the Hammond Ballet Company and the Columbia Theatre staff can be purchased online or in person. The prices range from $15-39.