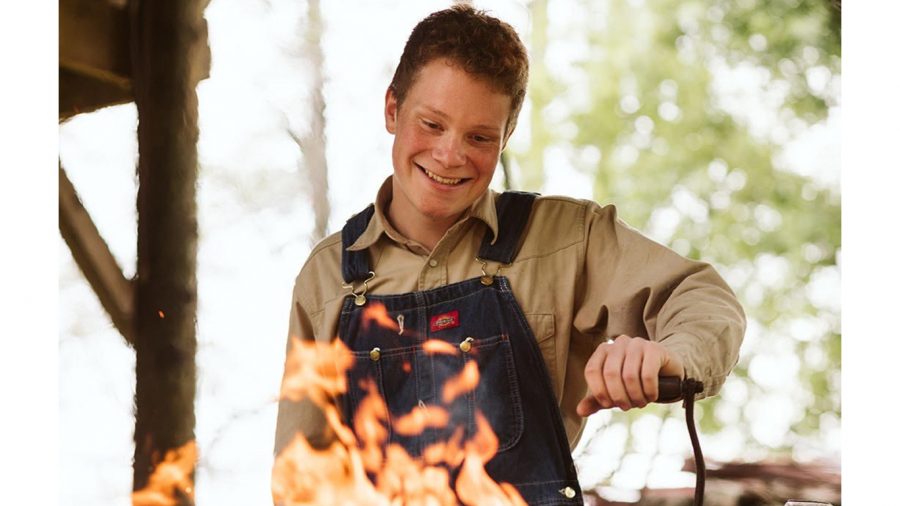 A university student made a big spark on the History Channel’s “Forged in Fire” television series when he took home the $10,000 prize.

A native of Loranger, Jenkins shared his experience being on a television series.

“It was awesome to be honest with you,” said Jenkins. “It made me feel like a celebrity for a little while. The whole experience was really cool. Getting to fly out to New York and meet and compete with some fellow blacksmiths was pretty awesome. It felt good to be around a group of people who feel the same way about blacksmithing as I do. It’s an experience that I will never forget in my life.”

Jenkins’s journey with the TV series started when he was watching the show with his mother.

“One night, I was watching the show with my mom, and I was critiquing everything that I thought they did wrong, and she told me to apply,” explained Jenkins. “I applied and emailed someone about being on the show, and then I got accepted.”

Jenkins shared how he developed close bonds with the other three blacksmiths on “Forged in Fire.”

“I still speak to all three of them until this day,” said Jenkins. “They were a really neat group of people who are some of my closest friends.”

After starting to learn how to blacksmith at the age of 12, Jenkins shared how his grandfather taught him the trade.

“My grandfather was a blacksmith for 40 years,” said Jenkins. “After his health digressed, I decided to try and learn the trade and started to learn how to blacksmith. I learned the trade and have not stopped since then.”

After graduation, Jenkins hopes to combine his current knowledge of metallurgy through blacksmithing and use his trade to launch his career.