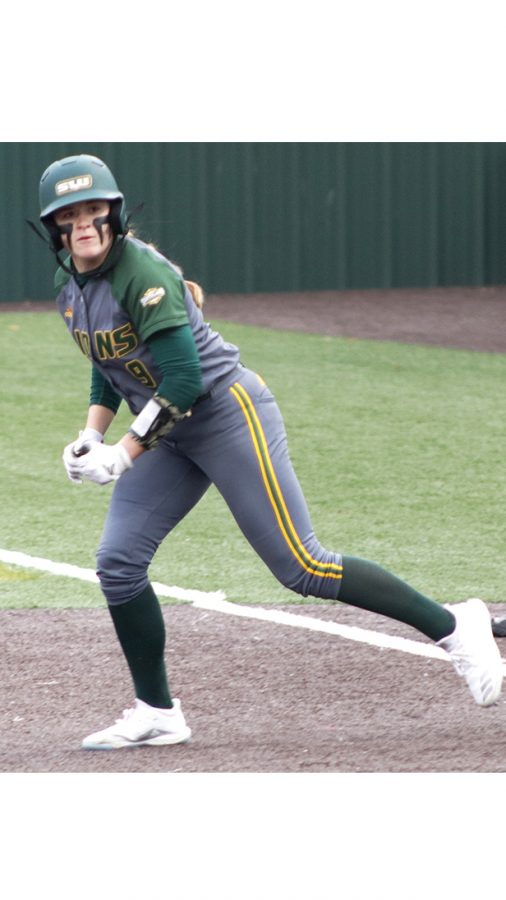 The Lady Lions softball team is preparing for their upcoming 2020 season with player Ali McCoy ready to lead the team in her senior year.

McCoy, a utility player from Maurepas, shared how she began playing softball when she was a child.

“My mom and dad are the reasons that I got into softball,” said McCoy. “They put me into tee-ball when I was about five years old, and I have been playing ever since.”

McCoy shared what drew her to play for the university when applying for colleges.

“I chose Southeastern for softball because it is close to home, and I knew that Coach Fremin was going to equip the program to take off while I was here,” explained McCoy. “I knew it was a perfect fit from the first time that I stepped on campus.”

The Lady Lion’s finished the 2019 season with a record of 34-23 and worked on improvements to prepare for their first game this spring, which was on Friday, Feb. 7 against University at Buffalo.

McCoy explained the dedication the team has this year.

“I think that last season went decently well, but I believe that this year will be something special,” said McCoy. “We have been working extremely hard on our skill sets and team comradarie day in and day out to prepare for the season, no matter the weather conditions that are put in front of us.”

In 2018 and 2019, she received the honor of Easton/NFCA All-American Scholar-Athlete and has been a member of the Southland Commissioner’s Honor Roll since 2017.

McCoy shared how she has contributed to the team through being skilled in different positions.

“I have played multiple positions since I have been at Southeastern,” discussed McCoy. “I have pitched, played outfield and played infield, but this year I believe that I will be solely on the infield.”

After being on the team for four years, McCoy has learned many lessons that she has gained from playing softball.

“The biggest thing that I will take from being on the team is the responsibility and the ability to work with others,” shared McCoy. “Softball has taught me to be responsible, take ownership and to work well with others. I will mostly miss having a family to see every day and will miss being a part of something bigger than myself.”