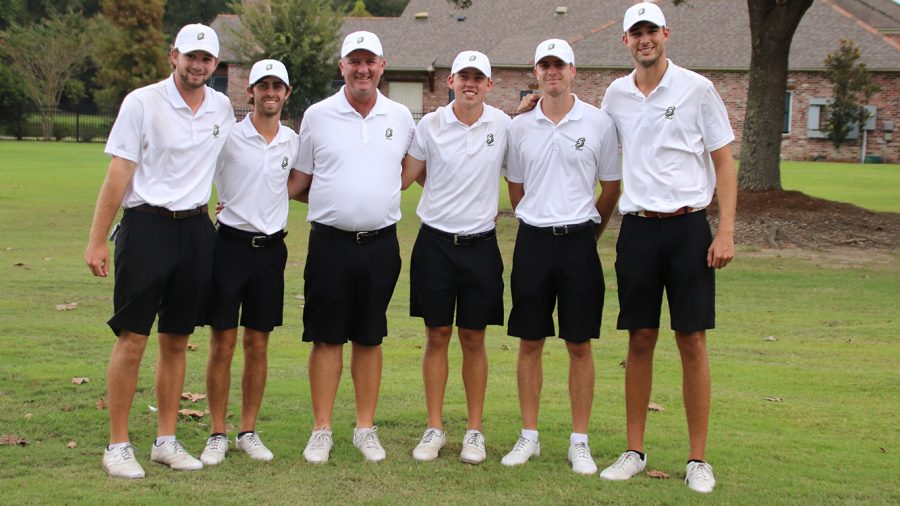 After over three months of absence, the university golf team is preparing to return to the field for their first tournament of the Spring 2020 semester.

The golf team is traveling to Thibodaux to face Nicholls State University in the LaTour Intercollegiate from Feb. 17-18.

Jake Narro, head golf coach, felt that the team did not perform as well as he believes they could have in their tournaments last semester.

“A little bit was in our control, a little bit was out of our control,” shared Narro. “First of all, we did not play as well. Secondly, we had two key players injured. The guys that took their place did a good job, but when you have a situation where your leaders are not out there, sometimes it hurts the team as a whole.”

With the intercollegiate approaching, Narro laid out his hopes for the team’s performance.

“I expect us to come out and play well,” stated Narro. “When you do have a fall where you did not live up to your expectations, that affects the team greatly. They got after it a little bit on their own during the off-season and Christmas time. So, we are ready for it. We wish it was tomorrow. I expect us to knock off some rust and play well.”

In terms of preparations, Narro shared that the team has been working to improve their performance.

“We are going through our practices, but specifically with golf being such an individual game, the guys are all working on a specific part of their game,” shared Narro. “Mainly what we are working on is trying to get a golf shot that we can rely on under pressure.”

Heading into the tournament, Narro feels that the team needs to work on finishing rounds well.

“We tend to come out of the gate stumbling a little bit,” said Narro. “We right ourselves and get it together and play well. Then maybe at the end at the last hole or two, we make a little minimal mistake or something and we walk away from that round having played 14 great holes. However, because of a slow start and a shaky finish, it does not look like it. We are playing better than our results.”

“They are both guys that came in as freshmen and they have been slowly improving ever since,” said Narro. “I think that they have a lot of experience, both have been playing in a ton of tournaments. They have matured a lot not only as golfers but as young men. They are, in their own minds, ready to play well and that is what’s most important.”

Narro shared that the golf team is very eager to play against Nicholls State University in the intercollegiate.

“We are chomping at the bit,” explained Narro. “We definitely are trying to develop a little chip on our shoulder. We have a little something to prove.

For the remainder of the season, Narro hopes that the team plays their best in all of their tournaments, especially in the Southland Conference Tournament on April 27-29.