Faculty member to retire after over 20 years of service 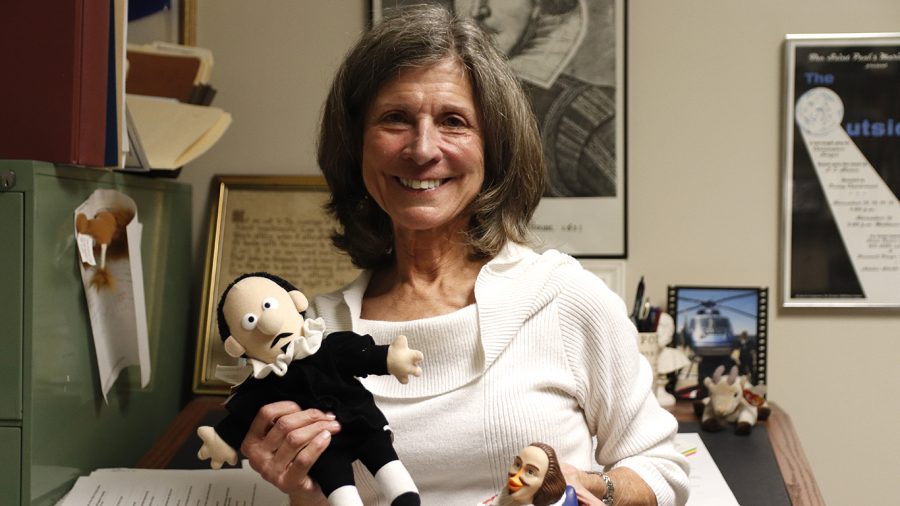 A university faculty member, after over 20 years of service, is preparing to retire.

Joan Faust, an English professor and undergraduate coordinator, will be retiring after the Spring 2020 semester.

Faust commented on how she began teaching and gave an overview of her time at the university.

“Like several people, I begun as a part-time instructor,” recalled Faust. “It was at a time, 1993 when the university was really growing, and it didn’t have enough space for everyone. Our offices were in trailers behind D Vickers.”

Despite having offices in trailers and having to share with other instructors, Faust shared that everyone enjoyed each other’s company in the small space until getting moved into D Vickers Hall.

“It was wonderful, everybody got along great,” said Faust. “It was interesting to then grow into the space so that we can actually get into the D Vickers building and have a real office.”

Faust took on the job as an instructor of English when the university needed more professors. She taught Freshman Composition and then moved on to her specialty, English Literature. She then became an assistant professor, associate professor and then a full professor.

She discussed how Anna Nardo mentored and influenced her work.

“I got really good background in Renaissance Literature, and major professor was Anna Nardo, and she’s very well known in John Milton and John Donne’s studies,” mentioned Faust. “So, I think I got really good mentoring from her, and she really influenced me a lot.”

Faust mentioned that the biggest change she has seen at the university has been how much campus has expanded.

“The growth,” said Faust. “Not so much that we have more students, that we do, but the buildings – the new science and technology, the new nursing building, I mean, a lot of people may remember when it was in Mims Hall, and of course the new student union.”

She described some challenges she had during her time at the university.

“Composition classes, especially,” shared Faust. “Instructors teach five classes, so if the composition classes are 25 to 30 people each, you know, that’s 160 students. Their essays are five pages long each, and I have seen instructors be so overwhelmed with it.”

Faust explained what she enjoyed most while being an instructor.

“The interactions with students,” said Faust. “You get some students who are so enthusiastic, and you know they are going on and continuing to maybe even become teachers and do what you’re doing. I think it’s the students that has had the biggest impression on me.”

David Hanson, professor and department head of English, commented on Faust’s role in the department as an undergraduate coordinator and professor.

“As undergraduate coordinator, Dr. Faust has led our department’s advising with attention to detail and the needs of our majors,” commented Hanson. “As a teacher, her love for Shakespeare, Donne and the British Renaissance has made those plays and poems lifetime treasures for countless students.”

“As the Leola Purcell Professor in English, her scholarship poses as the highest standard for students to emulate and our majors do rise to that standard in the annual conference,” explained Hanson. “It’s hard to imagine the English Department without her energy and dedication driving us every day.”

When the spring semester is over, Faust plans on traveling to New Zealand and Boston to be closer to family. She also wants to participate in volunteer work and take on hobbies such as gardening and gourmet cooking.

“Eyesight is important to me, because I always had bad eyesight,” said Faust. “I would like to volunteer at the Lighthouse for the Blind’s radio station. They need people to read the news to people and broadcast it and I would love to do that.”

Before she retires, Faust gave thanks to everyone she has worked with.

“I would like to thank every faculty member and colleagues that I had the privilege of working with and how much they have added to my life, my professionalism and to my joy.”