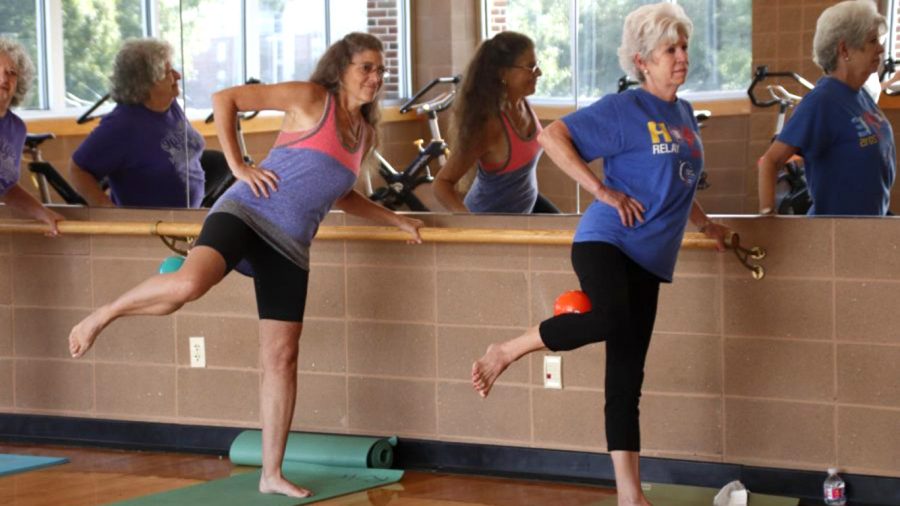 The closure of all gyms and athletic clubs has impacted the activity level of students and faculty.

The University’s Recreational Sports and Wellness Department offers university students full access to the Pennington Student Activity Center. The facility, also known as the REC, is one of the fitness centers that has been forced to close its doors until further notice.

The moderators of the REC’s website are working to provide web-based opportunities for students to stay involved. Whether you are into online gaming, yoga or have a niche for nutrition, the options on the “REC at Home” page provide options to suit a variety of preferences.

Jean Bernard, associate director of Recreational Sports and Wellness, shared that there is a new section to the “REC At Home” page on the university’s website that provides additional resources for students and members to access from the safety of their homes.

“There’s a number of fitness apps and companies coming together during this time and providing free resources, so we want our students to be able to find them in one location,” said Bernard.

Although many programs like “Yoga with Adriene” and apps like MyFitnessPal are accessible, the act of implementing other aspects are not so simple.

Bernard described some adversities the department faces during this transition and its plans to combat them.

“Continuing our group fitness classes is a challenge because some, like Spin, aren’t really accessible at home, and some of our instructors don’t have the resources to film classes from home,” shared Bernard. “What we’re attempting to do to overcome that is providing those free resources like Les Mills on Demand and the Peloton app that do a variety of at-home fitness classes and working with our other Louisiana institutions to collectively share fitness classes.”

Seth Thomas, director of recreational sports and wellness, held a live Meet on March 25 and 26 called “Walking With The Director.”

Bernard clarified that no live content is currently set, but the department is planning to include some in the next month. These meets will be announced on three social media platforms: Facebook, Instagram and Twitter.

Additionally, schools like Tulane and Nicholls have sent out sign-up information. Since the leagues have been opened to any Louisiana university interested in participating, the number of registrants has quadrupled. The deadline to apply was March 31, but those interested can still join.

“The leagues run April 2 to May 3, so if students missed the deadline to sign up for this semester, we’ll have new Esports leagues for the fall semester,” said Bernard. “We will provide updated league standings on our social media for people to follow along.”

Though the REC will remain closed until further notice, facility improvements that were underway when the pandemic hit will be available to gym members when the establishment reopens.

“Students and members can expect to see a lot of new equipment in the fitness room and some new signage throughout the facility,” shared Bernard.

The mission of the Recreational Sports and Wellness department is “We Make A Positive Impact.” The pandemic has been an adjustment period for the department, but Bernard affirmed that they will continue to adapt and ensure that mission is achieved no matter what get better at dealing with the nerves.”

Taking the time to get to know your peers in whatever class you need to speak publicly in will certainly pay off in the end. It just helps you to feel less anxious and to know your audience and tailor your delivery to their preferences.

“You can do a lot of deep breathing techniques,” suggested Meng. “At the end of the day, I always find a bond with my cast and rally together as a force and think about that rather than the fact that I’m about to be on  a stage in front of hundreds of people.”