The Lion's Roar • May 14, 2020 • http://lionsroarnews.com/23565/sales-students-come-first-in-an-annual-nationwide-virtual-role-play-competition/news/ 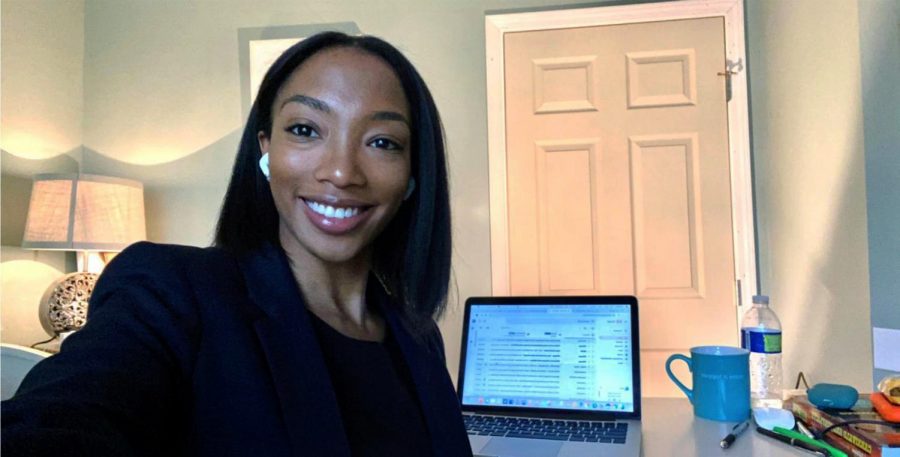 Business students nationwide participated in an annual sales competition to see who would become the top seller in speed selling and role play.

April Kemp, instructor of marketing at the university, explained what the competition entailed.

“The NCSC is a university sales role-play competition that includes a two-day sales career fair and various networking activities, allowing organizations seeking high-quality sales candidates to recruit and engage more than 400 of the top university sales talent along with college sales professors during the three-day event,” explained Kemp.

Kemp also mentioned that the sales program participated in multiple internal competitions in the past three years, but this was their first time choosing students to compete in the National Collegiate Sales Competition.

After more than one semester of teaching business students from the introduction classes, the program hosted an internal competition. Afterward, the sales program sponsors choose who will represent the university at regional and national competitions.

On March 11, the sales program received the news that the competition was moved online.

“The NCSC staff, corporate judges, and student competitors quickly pivoted from their semester-long preparation to compete in an online format within a two-week time frame in the middle of the same time we were transitioning to classes online,” said Kemp.

Kemp shared how the team adjusted strategies to prepare the students for an online competition.

“Dr. Lopez, who is the director of the marketing and sales program at the university, she and I spent many hours coaching them on video conference calls to shift some of their strategies to the new online format.”

Ricca described how it felt to do her 90-second pitch for speed selling virtually.

“With speed selling, it’s basically trying to sell you as a future employee for that company,” said Ricca. “It’s real companies to do an interview for, and, to me, it was a great experience. I learned how to adapt to any situation. It was very exciting.”

Ricca won the best seller out of three companies and an overall top seller.
“I found out three days later from Dr. Lopez and Dr. Kemp,” shared Ricca. “I was super excited and pumped. It was an honor.”

Page was also a representative in the same category and expressed how different the process was in a virtual setting.

“I had to go into 10 different chat rooms for speed selling and do an elevator pitch,” explained Page. “This includes a professional intro, a spill about myself, and why I am deserving but since we were online we put a spin on things and used props.”

All students prepared by practicing their pitches to people that surrounded them to get prepared for the company’s judgment. For Page, it was the feedback from different sources.

“It was a lot of repetition for me,” said Page. “I just kept pitching to everyone—Dr. Lopez, Dr. Kemp, my sister. I kept using their feedback until I felt like the pitch was my own.

The business student also elaborated on how the virtual competition was a good experience.

“Participating in the competition changes who you are as a business professional,” expressed Page. “I am grateful to have had the opportunity. In the long run, it is gonna be extremely beneficial from that experience.”

The university won the title of runner-up for Top Rookie School for their first year competing, making them eligible to return for another year of competition.