Greek Life changes due to COVID-19 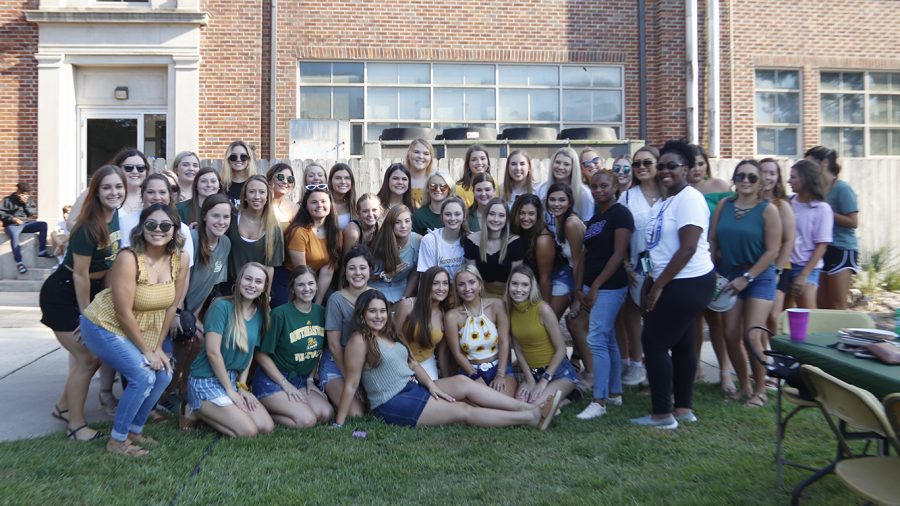 In the Spring 2020 semester, sororities and fraternities were notified about the cancellation of all planned events for the remainder of the semester.

With the start of Phase Three pushed back for an additional four weeks, many Greek events for the fall are still to be determined.

However, many chapters on campus were still able to make the most out of the coronavirus restrictions, holding virtual meetings and events such as initiation and big/little reveal for members who joined in the spring.

Leslie Pina, a senior marketing major and president of Theta Phi Alpha, discussed how COVID-19 has affected their initiation.

“Our chapter was actually able to have a big/little week and the reveal two weeks before classes were announced to be online,” said Pina. “Two weeks later, we were supposed to hold initiation for the spring class but could not. We are waiting to hold it in person.”

The recruitment season is quickly approaching, but some factors are still up in the air.
“With meeting with our Panhellenic executive board, they have planned three backup plans to use for primary recruitment in the fall,” shared Pina. “Our president, Jessica Litolff, has told us that there is a chance some days or recruitment may be virtual, then some days will be in person as the number of potential new members visiting each house gets smaller throughout the week. Panhellenic is working on keeping in touch with chapter presidents and recruitment chairs to keep us updated on these changes.”

The possibility of recruitment becoming virtual has raised concerns for many.

“With everything being virtual, I think that it can be difficult for the Panhellenic community to get to know many new members at once,” said Pina. “We are used to having all these face-to-face interactions with having meetings, to socials, to sisterhood activities and events. Doing all of that through a screen does not seem the same. The relationships you build when you interact with your members in person are not the same as holding them online.”

“Fortunately, we had a big/little reveal and our spring sisterhood retreat before everything switched to online,” shared Redmond. “We are initiating our two new members at the beginning of July virtually. The virtual initiation will be hosted by our international president, Crystal Grafton Combs, which makes the experience so special even though we could not do it in person.”

Redmond also mentioned the procedures that Alpha Omicron Pi will be taking for the fall semester.

“We absolutely will follow all CDC and university guidelines for events this fall,” said Richmond. “We have not done much event planning for fall events since the situation is constantly evolving. As for housing, we are waiting to hear back from Southeastern housing regarding any changes to normal housing functions due to the pandemic. Since things are constantly developing, we still don’t know much about the fall semester, but we are flexible and put the safety of our members first.”

Hugo Lujano, a senior biological sciences major and President of Delta Tau Delta, shared what the new member experience entailed for the past spring semester.

“The experience in the midst of the pandemic going through as a new member has been lackluster,” said Lujano. “We’ve had an online big/little so that they can have a sort of support system during this trying time, but no we have not held any virtual meetings for the new members.”

Just like the Collegiate Panhellenic Council, Lujano emphasized that the Interfraternity Council has also had to adapt to new circumstances.

“COVID-19 has affected every aspect of fraternity recruitment, causing many fraternities to take initiatives early on to try and engage with the community to raise awareness on Greek life in general,” shared Lujano. “We don’t get that in-person opportunity to engage with students and interest them in who we are.”

Although recruitment guidelines are still to be determined, the Collegiate Panhellenic Council’s recruitment link opened on June 1 and can be accessed on the university’s website or the Council’s Instagram @selupanhellenic.