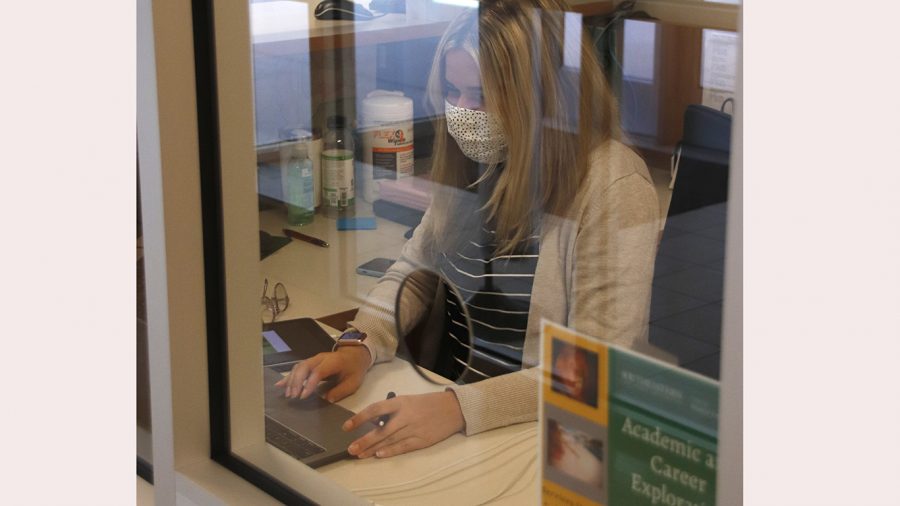 The Center for Student Excellence has developed new coaching groups for students to interact with other peers with similar academic paths. To follow safety procedures, the meetings have been held virtually.

Last semester, the Center for Student Excellence began offering “Academic & Career Exploration” for students who no longer have freshman advisors. This semester, the CSE is introducing Academic Connect Groups, a student group counterpart to the academic coaching service.

Students who register to work with an ACE Coach are also eligible to sign up for the Academic Connect Groups to engage in weekly Zoom meetings during which they discuss academic challenges and solutions in a supportive environment.

Brad Bergeron, ACE assistant director, explained that each group will have four to six students in addition to an ACE Coach who leads the session.

“Students within the group keep each other accountable in a supportive, challenging, accepting kind of way, encouraging each other and celebrating successes together,” detailed Bergeron. “It will be led by ACE Coaches, and it’s a really great way to keep some sense of community and support while navigating such an unusual semester.”

During a Connect Group session, students will actively participate and share their weekly academic experiences. Students will not only discuss hardships but also contribute possible solutions for one another.

For sign-up, students fill out an intake form and note if they are interested in participating in an Academic Connect Group. Bergeron described the screening process, which began the week of Aug. 31. Students individually must go through with an ACE Coach to determine if the Connect Groups are the right resource for the student.

“We want to make sure that they are okay with the way the group is going to be held,” claimed Bergeron. “It’s not a passive-type group. They can’t sit there and just listen. They really are going to be sharing. They’re going to be helping one another, so they have to be comfortable in a small group setting of sharing what’s going on in their week and helping others and participating in that way.”

Bergeron described the primary objectives of the Academic Connect Groups, including providing a space for students to help themselves and each other reach their goals. It will normalize the need for academic support-seeking

“It’s going to create a sense of community among Southeastern students,” said Bergeron. “It’s going to support them through their challenges. It will help them really reflect on their behaviors and their thoughts and help them share successes and obstacles here with the group and the Academic Coach, and provide a platform where students can interact and gain self-confidence and resiliency.”

Raven Johnson, a sophomore nursing major, is one student who has utilized the ACE program and is currently going through the screening process for the Academic Connect Groups. She expressed her sentiment on the groups being held virtually.

“Having the coaching meetings virtually works best for me as I feel more comfortable expressing my issues from the comfort of my bed rather than an office setting,” claimed Johnson.

She shared how ACE Coach Bevann Dubussion has helped her thus far.

“So far, my coach has worked with me to create a game plan that will help me prioritize school, strategies on staying organized and, overall, obtaining that balance between school and social life,” said Johnson.

Johnson said she chose to partake in the group aspect of the program for peer support.

“I decided to join the group option as well because I’m sure other students at SLU are going through the same thing as me,” shared Johnson. “With group sessions, we can relate as peers and learn something from one another.”