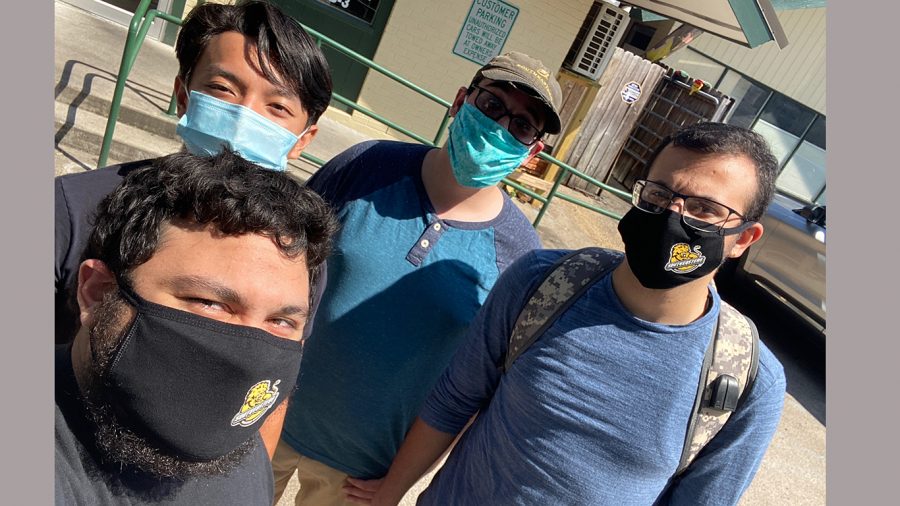 The Honors Program has announced the new Honors Ambassadors for this year.

This student-run group of current Honors students represents the Honors Program at a variety of internal and external campus events, according to the university website. Honors Ambassadors play a role in how the program is organized and allows students to network with Honors faculty and other Honors students.

Basanta Khakurel, a senior biological sciences major, is an experienced Honors Ambassador. He shared what roles ambassadors have in the Honors Program.

“The major role of an Honors Ambassador, besides representing the Honors department, is to be a leader and a mentor to the students in the program behind us,” shared Khakurel. “We assist with the events that Honors holds and also help other Honors students excel in their fields.”

One of the newly announced ambassadors, Joshua Freeman, a sophomore sports management major, was a bit hesitant when deciding to join the Honors Student Association his freshman year.

“As a freshman last semester, I did not know which direction I wanted my college career to take, so I decided to join the HSA,” said Freeman. “I was very cautious at first, seeing how it was a mostly student-run organization, but as the semester went on, I found out that I really enjoyed the meetings and the people running the show.”

As the year went on, Freeman became aquainted with the Honors Ambassadors and the director of the Honors Program, Claire Procopio. When he received the email to apply to be an ambassador, he did not hesitate.

Another newly announced ambassador, Maya Green, a sophomore nursing major, became involved with the Honors Program because she was seeking a challenge for her education.

“Southeastern’s Honors Program is something that I got involved in my freshman year because I wanted a challenge when it came to my education, and Honors was perfect for me,” shared Green. “Through Honors, I’ve made good friends, challenged myself and made connections with professors and other Honors students.”

There are no applications for becoming an Honors Ambassador. Instead, invitations are sent by the Honors Program to potential candidates.

Students who are sent an invitation must have to be a current member of the Honors Program in good standing, agree to attend and help with at least three Honors events per semester, serve as a mentor to potential and new students and meet once per year as a part of the Honors Council. The council will make recommendations to the Honors director and faculty for continued improvement of the Honors Program, according to the university website.

Responsibilities have not changed drastically, but some aspects, such as HSA meetings, have switched to an online format.

“We haven’t been able to hold any HSA meetings because of social distancing and other restrictions, so that’s a big difference between the way things went last year and this year,” said Freeman.