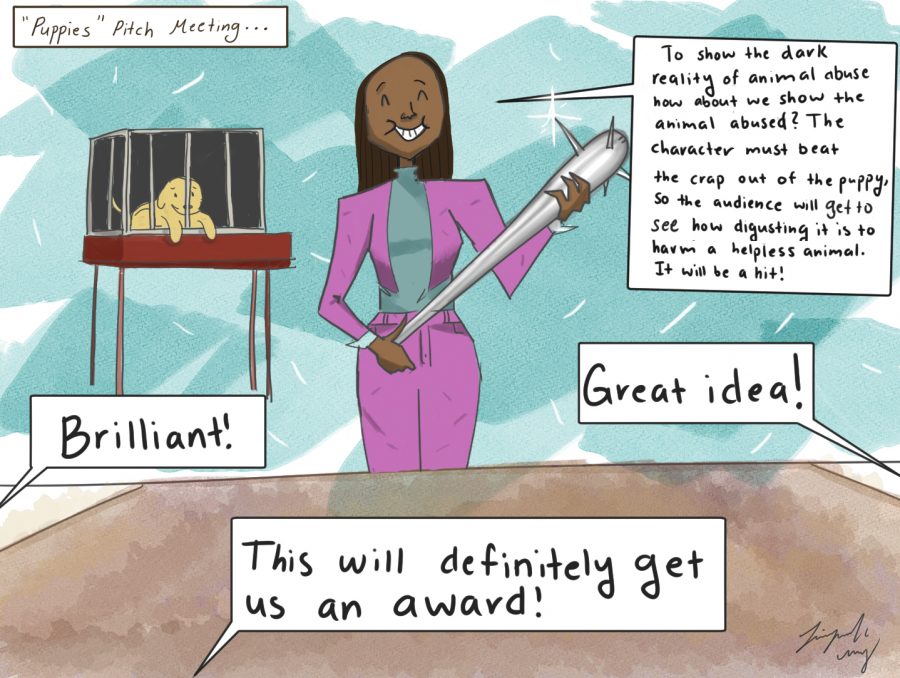 If you have spent any time on social media over the past few weeks, then you are aware that Netflix’s release of the French film “Mignonnes,” titled “Cuties” in the United States, has sparked controversy.

The film is centered around an 11-year-old immigrant in France named Amy who joins a young, female twerking group, much to the dismay of her more conservative family.

The director of the film, Maïmouna Doucouré, claims that the movie was made to criticize the sexual exploitation of children in the media and comment on the struggles young girls have while growing up in a sexualized culture. The problem with this, of course, is that the movie itself is sexually exploiting children.

Netflix has defended the movie, claiming that it is a social commentary against child sexualization. In a statement to the New York Post, they even encouraged people who “care about these important issues” to see the film.

Even if the movie was intended to criticize sexualization of children, there is no excuse for portraying children in this manner. Children should not be exploited for what Netflix calls “artistic expression.”

The director might not have intended to exploit these children, but they were. None of those children could have possibly understood the implications of what they were filming.

What’s even more concerning is Netflix’s support of the film. To promote the film, Netflix released a poster displaying the group of girls in revealing clothing. They have repeatedly defended the movie and downplayed concerns of child sexualization.

It would be so easy to focus all of my anger towards this movie. The scenes are certainly appalling, to say the least. However, I feel that too much focus on this movie would be ignoring the root cause of the problem: the effects our hyper-sexualized society is having on our children.

Because of unrestricted internet and social media access, children are exposed to sexualized images and content on a daily basis.

We live in a world where children are exposed to hardcore pornography at as young as eight years old. At the most formative years of their lives, most children nowadays are handed mobile devices with little-to-no restrictions. These devices reveal to the most impressionable among us the glorification of sexuality.

As a consequence, young girls are being sexualized in our culture. They imitate the sexually suggestive dances they see on platforms such as TikTok and Instagram. Celebrities and other cultural influencers inspire them to wear revealing clothing. Many modern dance studios have young girls performing exploitative dances while wearing revealing costumes.

These issues are very important to talk about, but “Cuties” has picked the worst possible way to discuss them. We cannot tolerate a culture that is so hyper-sexualized that even our children are subjected to exploitation.

We must use every legal and moral tool at our disposal to protect our children from sexualization. A society that does not prioritize the protection of its children is a society doomed to fail.