Mission 101: Students kick off Homecoming Week with bonfire and music 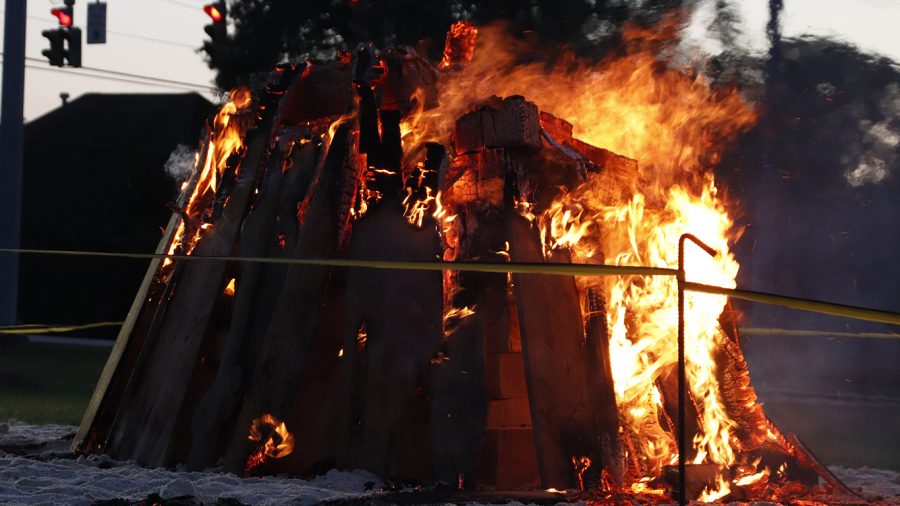 The Homecoming Kick Off included a bonfire.

Access to a bonfire, free food and an array of games were some of the activities that the event offered. 2020 Homecoming T-shirt was handed out as well.

Alyssa Acosta, a freshman nursing major, commented that the warmth of the bonfire was one of her favorite aspects of the event.

“I love it,” shared Acosta. “The fire was huge and very warm — I felt it from here. The games were nice, the music is great, so — it’s very lively, I love it.”

Alongside Tyler Kinchen and the Right Pieces’ performances, music such as Michael Jackson’s Thriller and Cha-Cha Slide by DJ Casper were played over the speakers.

Taylor Phillips, a senior kinesiology major, described what her favorite aspect of the event was.

“I actually love that it’s our first event, and people are coming out and actually enjoying their time,” expressed Phillips. “We really wanted to do something to kind of start off the Homecoming Week, and it’s turning out better than what we expected.”

Jordan Yantis, a freshman nursing major, emphasized that it was a nice change of pace to see everyone relaxed and having fun.

“It’s been a lot of fun,” stated Yantis. “I’m really enjoying it. The bonfire was super nice, and free T-shirts are always a plus. It’s been nice to watch everyone kind of relax a bit since this semester has been kind of hectic.”