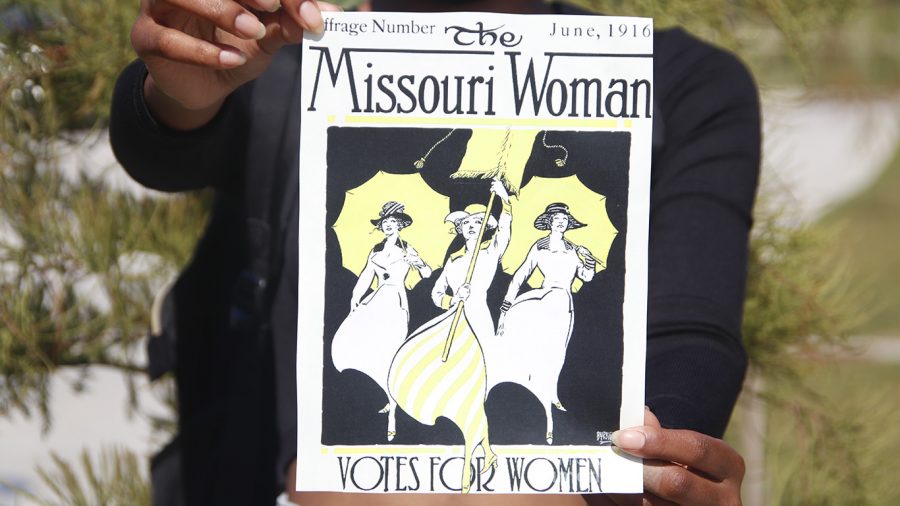 A women’s suffrage poster from 1916. The 19th Amendment was ratified in 1920, granting voting rights to citizens regardless of their sex.

On Nov. 2, the Southeastern Livingston Center will be hosting a panel by the Centennial Women’s Suffrage Project, an interdisciplinary group at the university.

The Centennial Women’s Suffrage Project, composed of faculty members from various departments, seeks to celebrate the 100th anniversary of the 19th Amendment’s ratification, which decreed that voters shall not be denied the right to vote based on their sex.

Carol Madere, a professor in the department of Communication and Media Studies, is the team leader of the group. She revealed that a journal calling for papers on the 19th Amendment was what influenced its founding.

“I submitted a paper that didn’t get accepted, but then I realized that there weren’t ways to celebrate that centennial,” explained Madere. “I contacted my friend Angela Dunnington at Sims Library, and we talked about different things we could do. We came up with the idea of creating a traveling exhibit that goes to museums and libraries and so forth.”

The goal of the panel on Nov. 2 is to give an overall view of how the movement started and who the leading women in it were, according to Madere.

“Everybody has heard of Susan B. Anthony and Elizabeth Cady Stanton, but not necessarily Alice Paul or Carrie Chapman Catt, who also founded the League of Women Voters,” detailed Madere. “One of the things we really wanted to focus on here was some of the people history has not paid enough attention to.”

Madere also shared how she hopes to influence her audience during her presentation on the national movement.

“Occasionally, I will ask my class if they’ve heard of Betty Friedan, who wrote The Feminine Mystique, or if they know anything about the women’s suffrage movement — hardly anybody raises their hands,” expressed Madere. “I want to reinvigorate excitement about it, interest in it and knowledge about it.”

Lisa Moody, a professor in the English department, joined the committee after being approached by Madere. In her presentation, she will be focusing specifically on the Louisiana suffrage movement.

“Everybody has a different area of expertise — she asked me to do research into that area and to kind of be the expert,” explained Moody. “That’s how I got involved with it. The panel that we’re doing in Livingston all came about because we have a traveling exhibit that we got a grant for.”

Being a part of the Centennial Women’s Suffrage Project has been a fulfilling experience, according to Moody.

“It’s actually been wonderful for me,” expressed Moody. “First of all, I enjoy the collegiality of working with colleagues from all of these different departments. I like the idea of commemorating all of the different ways suffrage got passed. I also enjoy being the voice for people who don’t necessarily get credit for their contributions to suffrage.”

Moody shared that audience participation is what she looks forward to the most about the upcoming presentation.

“A lot of people are very surprised at some of our content, and they’re learning new information — a lot of them share their own knowledge and information,” detailed Moody. “I look forward to that exchange that we usually get at the end of the talk.”