D Vickers Hall to be remodeled through 18-month renovation process 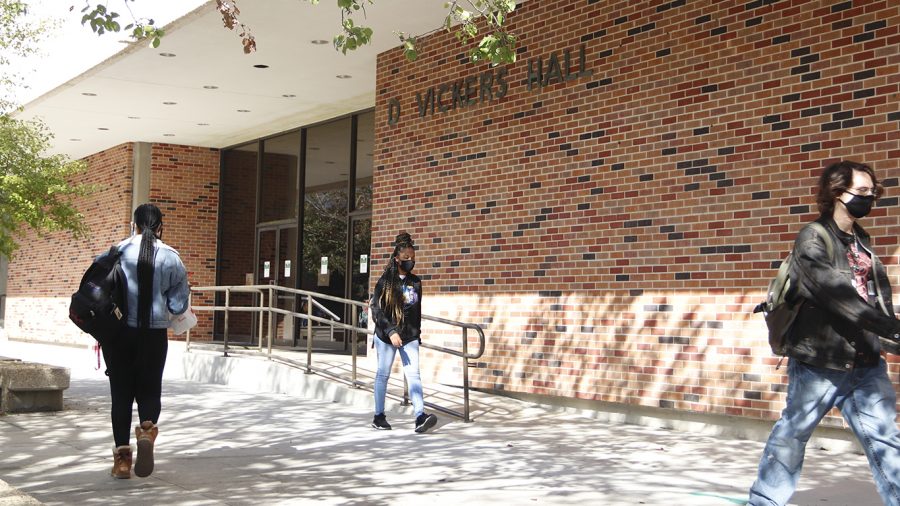 D Vickers Hall, an academic classroom and office building, houses some departments within the College of Arts, Humanities and Social Sciences. Built in the early 1970s, the building is currently under the planning process for renovations to be done within the next few semesters.

Facility Planning is currently developing plans for the renovation of D Vickers Hall, which will begin sometime over the next few semesters.

“The past few months, we have been working through the Programming and Schematic Design phases of the project,” shared Howe. “These phases establish the foundation of what is to come. We are currently in the Design Development phase, which we hope to complete by the first of the year.”

Howe detailed the renovations that the building will undergo.

“The entire facility will be renovated, as well as building an addition, which will house a new Broadcast Media Center,” noted Howe.

He described how long the renovation planning process has been in the works.

“The university began requesting Capital Outlay funds in 2013,” explained Howe. “The planning phase was funded during the 2019 Legislative session and the design work began earlier this year.”

According to Howe, once construction funds are approved and the renovation process begins, construction should take about 18 months. Howe mentioned an obstacle the department will face during construction.

“The biggest challenge will be organizing around one of our most used buildings being offline for the construction,” said Howe.

Howe also mentioned that there will be an elevator designed into the new building.

Karen Fontenot, the dean of the College of Arts, Humanities and Social Sciences, mentioned the parts of the building that will be impacted by the renovation process.

Fontenot, along with several department heads, have attended planning sessions regarding the construction process. According to Fontenot, architects have begun to draw up plans for the renovations, but nothing is final yet. Facilities such as the Writing Center and the Vonnie Borden Theatre will also be enhanced in addition to the rest of the building.

“Each of the department heads that are affected in that building, be that faculty or classes or both, have attended a series of meetings to talk about their needs, their program’s needs,” explained Fontenot. “You mentioned the Writing Center. Dr. Hanson has attended some of those meetings. Dr. Hanson is the head of the Department of English, and so he’s been in the meetings. All of the department heads have had a chance to talk about what space they need, what the space should look like, what it should contain.”

Fontenot explained how students, faculty and classroom instruction that are usually housed within D Vickers will be accommodated during the construction process.

“Classes will be held, just not in D Vickers,” said Fontenot. “This is not the first time that we’ve had a building renovated. Meade Hall was renovated a few years ago. It came out beautifully, but classes had to be taught in different places and faculty offices had to be moved temporarily. The same thing will happen in D Vickers. It will certainly affect students, but I think the end result is going to be worth it.”