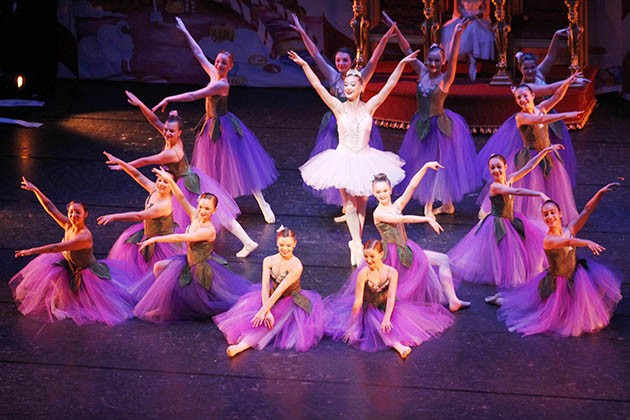 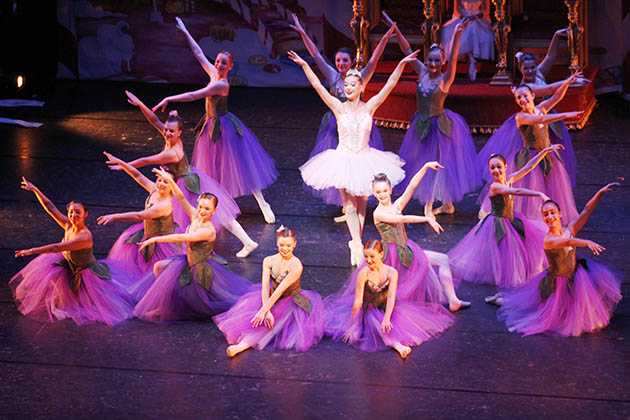 The Hammond Ballet Company put on "The Nutcracker" in the Columbia Theatre for the Performing Arts. Jacob Summerville/The Lion's Roar

The Hammond Ballet Company hosted their 21st anniversary performance of “The Nutcracker” during the holiday season.

Due to the snowy conditions on Friday, Dec. 8, the show’s public premiere and school performance was canceled.

The first showing of “The Nutcracker” was held in the Columbia Theatre for the Performing Arts on Saturday, Dec. 9 at 7 p.m. The matinee performance was held on Sunday, Dec. 10 at 2 p.m. due to Friday’s cancellations.

The first act told a story about Clara, who was played by Mia Abigail Usey from Mandeville, and several other members of the Stahlbaum family who spent time with their godfather on Christmas Eve. A nutcracker is passed around to the children until one of the kids breaks its jaw. Clara spends the night fixing the nutcracker. Then, the Nutcracker comes alive, and Clara’s night is spent witnessing magical events.

Jena Alfonso, a student at Saint Thomas Aquinas Regional Catholic High School, gave one of the biggest challenges of working behind stage with the child performers.

“Making five-year-olds stay in line is kind of a challenge, and making them not cry for their mom and just getting them to be excited on stage,” said Alfonso.

Andrea Maciel de Faria, who played the Sugar Plum Fairy, has competed in worldwide ballet competitions and currently teaches private lessons with the Hammond Ballet Company. The Snow Queen was played by Aubree Lavergne, who is a junior at Hammond High Magnet School. The Nutcracker was played by Daniel Benavides who performs with the Orlando Ballet.

Litolff explained why “The Nutcracker” is popular and how a ballet is difference from a play.

“As far as ballets go, ‘The Nutcracker’ is one of the most know ballets,” said Litolff. “People associate it with Christmas and often packs the house. Full-length ballets require acting along with ballet. Plays do not usually have music, and the storytelling is presented through words and actions, whereas in ballets the story is told through music and dancing.”

Litolff’s favorite parts about performing in “The Nutcracker” were being on stage and enjoying the snow aspect of the ballet. She explained the challenge she faced while balancing practice for the ballet and studying for finals.

“The show perfectly goes with the week of finals,” said Litolff. “I had a final that went until 4:45 p.m., and I started rehearsal here at 5 o’clock. Trying to study and dance, this week has been long.”

Alfonso explained her favorite aspect of the performance.

“My favorite part of the whole performance was how everybody knew their part,” said Alfonso. “The older girls were nice to the younger girls and asked how they liked their performance.”