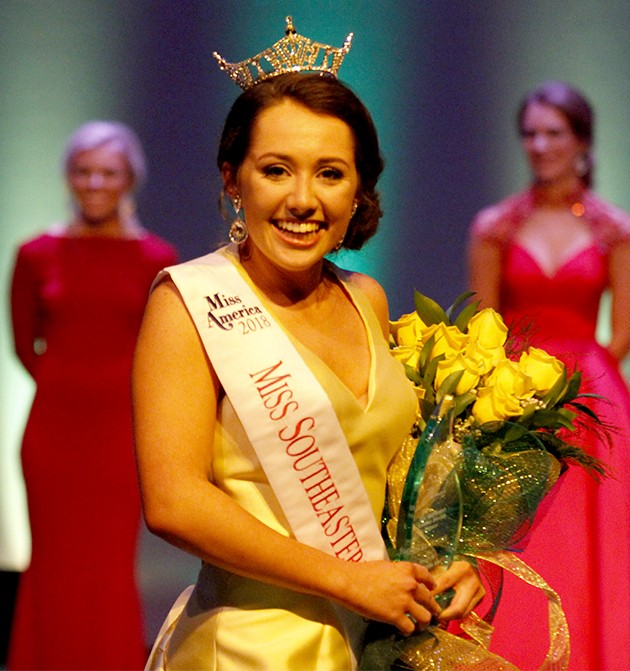 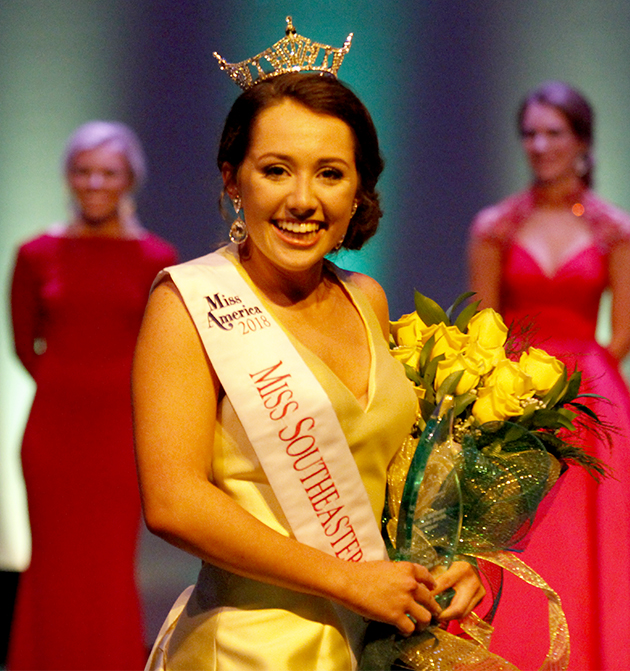 Sophomore special education major Alyssa Larose was crowned Miss Southeastern Louisiana University 2018. Larose will be going on to compete in the Miss Louisiana Pageant in June and will represent the university as a member of Campus Activities Board for her year of reign.

The university chose its 57th Miss Southeastern and awarded her with one year’s tuition, the local Miss America Crown, a $1,000 clothing allowance, an opportunity to compete in Miss Louisiana and a dozen gold roses. The winner will be representing the university in many campus and community events during her year of reign.

“Thank you to Southeastern for giving me this opportunity,” said Gary. “It was an honor to represent this university.”

The Campus Activities Board conducted the annual Miss Southeastern Louisiana University pageant on Friday, Dec. 1 at D Vickers’ Vonnie Borden Theatre at 7 p.m. 11 participants competing in the pageant performed a group dance, presented their talent, had a private interview, answered on-stage questions and presented an evening gown during the competition.

The participants were judged based on their interview, fitness, talent, evening wear and on-stage questions.

Student coordinator for the Campus Activities Board McKenzie Tolson explained how Larose will become involved in activities throughout her reign.

“She is gonna be very busy for the next year,” said Tolson. “We have set ups, where she will have lots of appearances around campus, at sporting events, at CAB events, and getting ready for Miss Louisiana, which is going to be in June. It’s going to be hard, but I think she is going to do a really good job at it.”

Larose is a sophomore special education major and performed tap dance in the talent round. She is excited for her coming year.

“It feels great. I honestly didn’t expect it. I am super excited and can’t wait for this year, ” said Larose. “I am really excited to go to Miss Louisiana and represent our amazing university. I am really excited that the first runner up was Annie Goodman, my good friend from the publications office.”

Larose, whose platform is “Juvenile Diabetes Awareness- Educate and Find a Cure” wants to work with CAB to put on a juvenile diabetes awareness walk later in the year.

Goodman shared what she has learned from the competition.

“Stay true to you, and people will love it,” said Goodman. “I had so many people come up to me after the pageant giving me hugs and taking pictures. People I have never met before come up and tell me I was their inspiration because I was me, and I didn’t let that go. And I learned that it’s okay to be me. That’s not something I thought very much, but tonight after being through the pageant, I have learned that it’s OK to be you. Be you, and you will love it.”

Thonn is a psychology major and has participated in other pageants before. Excited about being the second runner-up for the pageant, she shared what such competitions have taught her.

For photos of the contestants, see page eight, and for more photos on the pageant visit ‘The Lion’s Roar’ page on Facebook and Instagram.