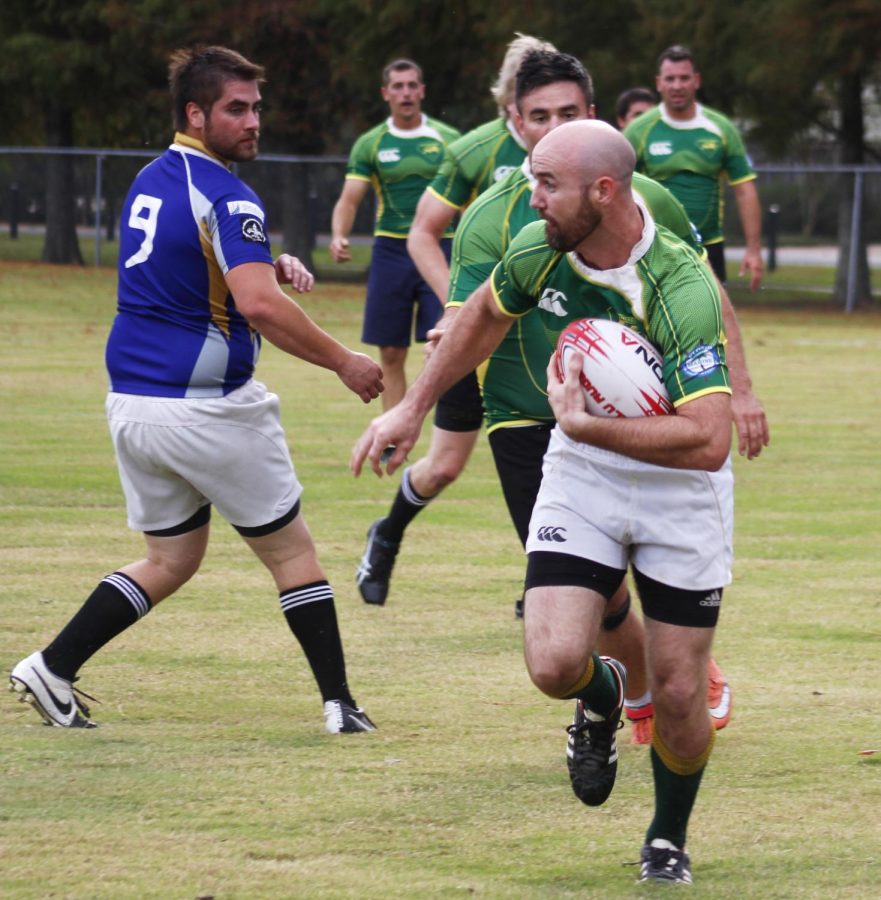 Alumni and former players of the university rugby club participated in a match for the club's 50th anniversary. Now, the rugby team is recruiting for an upcoming season.

The university rugby team invites recruits to join the team as it returns to competition.

“Southeastern had quite the reputation as a very fine school for rugby,” said Head Coach Dr. Donald Hart. “Large tournaments were played here, which brought a lot of teams from all over the South and the Midwest. We hope to replicate that.”

The team will start practice on Aug. 20 at the soccer field. Anyone interested in joining can show up at practice. With no cap for the number of players, the team will continue recruiting after the season starts and welcomes players with no rugby experience.

Junior history major William Munn, who plays as a lock, likes the camaraderie in rugby.

“Coming out of the other sports I did, there wasn’t that sort of closeness you had with the guys,” said Munn. “I don’t know if that was maybe practice or the coaches, but something clicked with it. It just feels like one big family.”

Freshman business administration major Nicholas Montreuil, who plays as a scrum-half, shared what he enjoys about rugby.

“I like the pace of it, and then practice and games were enjoyable other than dragging it on,” said Montreuil. “It’s a gentleman’s sport. That’s how it’s supposed to be played. There’s not so much trash talking.”

Munn described his experience in a match.

“It’s kind of like a rush,” said Munn. “When you’re out on the field and you’re just waiting for that whistle to blow, you kind of have this adrenaline rush, butterflies in your stomach sort of thing. Everyone’s a little different. You’re just waiting to make that first hit, and after that, all your chips are in the game at that point.”

According to Hart, players in rugby do not play a single role but rather participate in all aspects of the game.

“We often ask football players, particularly if they’re linemen, ‘When was the last time you made a touchdown?’” said Hart. “‘I’ve never even carried a football.’ Everybody runs with the ball in rugby. Everybody passes. Everybody tackles.”

For Montreuil, rugby is more of a team competition than other sports like football.

“In football, they say a lot of teams have one or two good players, and you learn about them before the game and everything,” said Montreuil. “Here, it’s the whole team. When you start the game, you have to make a first impression, and you want to make a good impression so they see those certain people, the whole team is like that.”

Hart encourages anyone interested to put on some shorts and soccer shoes and join the team at practice.

“In all the years that I have coached, I can think of only maybe a handful of players that came out and said, ‘I’m not coming out again’ once they had played a game,” said Hart.