Tuning in to the most popular sports 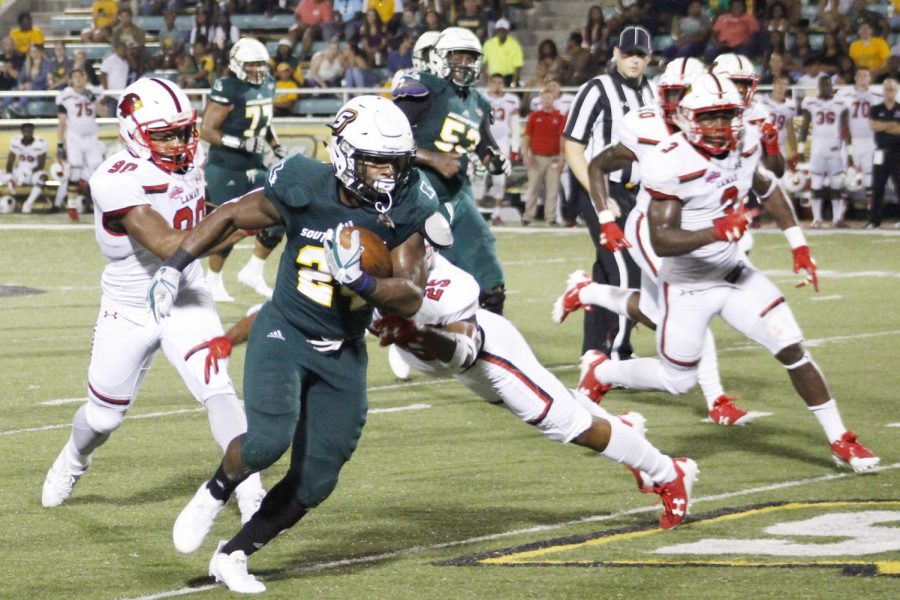 Football, baseball and men’s basketball attract the most attendees to their games at the university. The popularity of these sports stem both from their national popularity and their success in season play.

Sports fans consistently head out to sporting venues or tune in on the TV and radio to watch their favorite teams compete.

By attendance, football, baseball and men’s basketball are the university’s most popular sports. On record, football’s most attended game was against Jackson State University in 1981 with 12,000 attendees. In 2014, baseball hit its high with 3,747 attendees in a match against Louisiana State University. In 2017, the Pat Kenelly Diamond at Alumni Field averaged 1,210 attendees. Since 2007, the Pat Kenelly Diamond has ranked first or second in the Southland Conference rankings for attendance.

“In our state and our region, football and baseball are the most popular sports, and I believe that is shown in the attendance of each,” said Jay Artigues, director of athletics. “Winning has a lot to do with attendance as well, and we have had good success in those sports.”

Artigues discussed why fans should head out to games.

Frank Scelfo, football head coach, feels that the skills indicative of success in football such as teamwork and sacrifice make football relatable to fans by being applicable to success in life.

“We’re representing our school, our students and our community,” said Scelfo. “We’re going to provide an exciting brand of football, and we want to have a home-field advantage at Strawberry Stadium. The support of our fans and students is vital to the success of our team.”

Football’s first game of the season will be against the University of Louisiana at Monroe on Aug. 30.

According to Jay Ladner, head coach of men’s basketball, the worldwide popularity of basketball and the success of the program, especially in the past four years, contribute to the sport’s increasing popularity.

“In basketball, the proximity of the fan to the court helps create an energy that the players feed off of,” said Ladner.

Men’s basketball will begin its season in November.

“I don’t think they understand how much influence they have on an impact on our games,” said Riser. “When we talk about the environment from a home-field advantage standpoint, the more they get out there, the more noise they make, the better level of play our players play at. They feel that excitement. They feel that positive energy.”

Baseball’s season starts in the spring.

While sports are broadcast on radio and television, many fans enjoy being present at games.

“Obviously, being there is a special feeling,” said Artigues. “You can actually feel the excitement and energy from the game.”