A day in the life of Tyron’E Hawkins 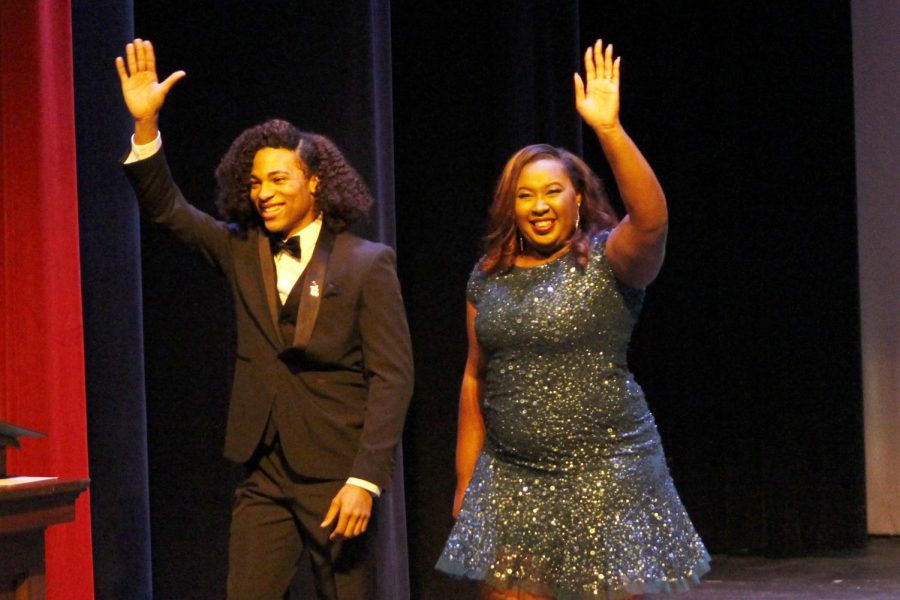 Tyron’E Hawkins served as one of the emcees for the “Miss Southeastern Louisiana University Pageant” last fall.

Among the numerous paths after obtaining their bachelor’s degrees, some students decide to continue their education in graduate or professional school.

Tyron’E Hawkins, graduate assistant for Greek life and student organizations in the Office for Student Engagement, is one such student.

From Baton Rouge, Louisiana, earning her bachelor’s degree in kinesiology in the fall of 2016, Hawkins knew that she wanted to continue her education, but she finalized her plans through a spur-of-the-moment decision.

“It was actually only a few days before graduation, and I knew I wanted to start that next semester,” said Hawkins. “So, I figured Southeastern was a good place to stay.”

Although her decision was last minute, Hawkins shared that her family and friends have been encouraging her.

“They have all been incredibly supportive during my time in grad school,” said Hawkins. “I would not have had nearly as fantastic of a college and grad school experience without that support.”

Starting her master’s program in the spring of 2017, Hawkins stated that a big difference between her undergraduate and graduate experiences is taking all night classes during her graduate program.

“It was a big adjustment having to work all day and then getting out of class at 8 p.m.,” said Hawkins.

While the majority of her friends moved away after graduation, Hawkins is thankful for her boyfriend. They graduated from their undergraduate program at the same time, and both started their graduate programs the next semester.

As a graduate assistant for Greek life and student organizations, Hawkins is proud that her responsibilities keep her involved with the university atmosphere.

“I have many responsibilities, ranging from sending the weekly announcements out to our student leaders and staff to fraternity/sorority recruitment to make sure homecoming and Greek Week activities are running smoothly,” said Hawkins. “It’s a big job, but I love it.”

Before her position in the Office for Student Engagement, Hawkins was a DSA ambassador for two years during her undergraduate career. She stated that she was extremely involved with other organizations that fall under the umbrella of student engagement.

Hawkins explained why having an on-campus job moved her to rent an apartment near campus.

“I chose to live near campus because working as a GA in an office that focuses on tons of event planning for students and having night classes really doesn’t leave a lot of time to have to worry about a long commute,” said Hawkins.

Hawkins stated that she keeps her classwork and job work separate in order to perform at her best in both areas. With this organization, she stated that one area is not harder than the other.

“I work just as hard on my presentations for class as I do on the events we hold for our students,” said Hawkins.

According to Hawkins, grad school seems like a continuation of her undergraduate career.

She said that one of the benefits of her graduate experience at the university is taking courses with some of her undergraduate professors.

“My professors already knew not only what type of student I am, but also what type of learner I am,” said Hawkins. “Because the classes are relatively small in size, they tailor the lessons and activities to be beneficial to each student.”