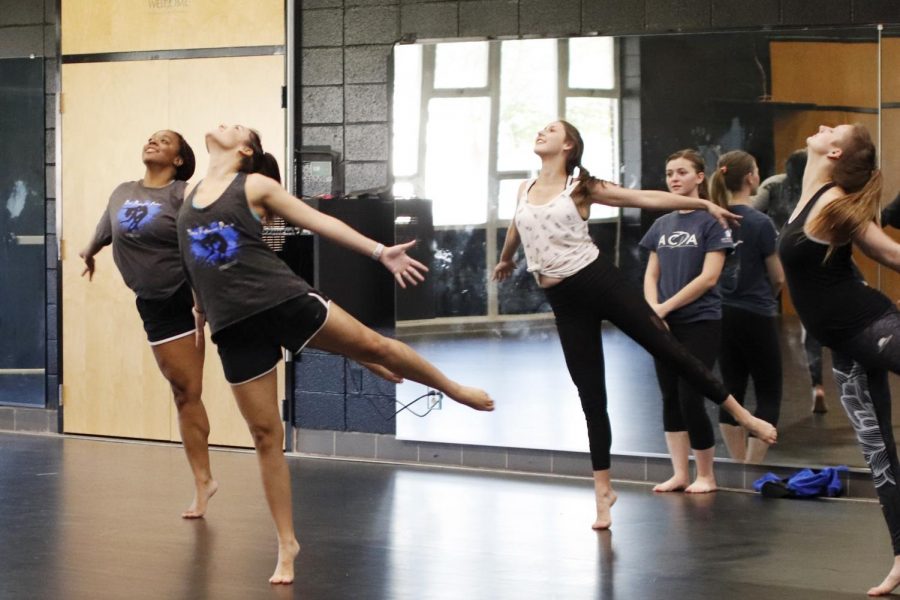 The student choreographers in charge of the Dance Performance Project’s concert “One Road: A Journey of Joy, Love, Hope, and Faith” have been busy since the beginning of the 2018 fall semester. Between choreographing routines, practicing for two hours each week, and altering costumes, the all-female cast of choreographers had their hands full from the start.

“It’s sometimes stressful to like, mesh your choreographic thoughts with the music ‘cause we did not have control of the music,” said Cervini. “This was something that was done independently. So like, the musicians got their own interpretation of what love was, and then we had an interpretation separate from theirs.”

Amber Whiteside, a senior marketing major, found music to be a challenging part of choreographing “Hope.”

“Preparing for the concert was complicated at times,” said Whiteside. “We were given our music, and then we had revisions. So, by the time we got our final music, I had already created movement for half the dance. This was difficult for me to adjust my movement to the new song, but after that, it was pretty much smooth sailing up to the concert.”

Despite the demands, all five student choreographers love what they do.

Denmark shared why she decided to pursue dance.

“I would have to say me and my stubbornness and my determination because a couple of the studios I went to, they kind of looked down saying like, ‘You’re not going to take this seriously,’” said Denmark. “’You’re not going to make it out in the world.’ I decided to prove them wrong, and even though they can’t see it, I know that I have proved them wrong mentally. So it gives me that sense of accomplishment.”

May works at a haunted house and enjoys creepy things.

“I like to incorporate that into my movements sometimes, which makes it kind of interesting and different,” said May.

Dance is a consuming part of the choreographers’ lives, but in the end, they are students with dreams and passions of their own.