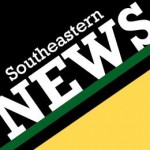 Next week, the university’s fraternities and sororities will take over campus for Greek Week 2013, stretching from March 10 to 14. This year’s Greek Week is themed “Now Showing,” with the five participating teams each named after movie genres: family, comedy, action, romance and horror. “One new thing we have this year, which I’m very excited about, is the All-Greek Lunch,” said Elizabeth Newell, assistant director for student engagement. “Basically, it will serve as a recruiting tool. We’re going to plop down in the center of campus, bring our lunch, sit together, and hopefully students who aren’t Greek will see our presence and maybe be interested.” The lunch will be held in the Student Union Park from 11 a.m to 2 p.m. Music will be provided, and Order of Omega will have desserts. According to Newell, this year’s Greek Week will be coordinated in collaboration with several campus departments, as well as community supporters. “It’s necessary in these times,” said Newell.  “We try not to make it something that is expensive. Our groups already spend enough on events like Homecoming, so we try to help them out as much as we can.” This year the Greeks have partnered with the Campus Activities Board to present the wildly popular Think Fast Game Show during Greek Week. “We’re excited about this. It went over very well last year when it wasn’t part of Greek Week,” said Newell. “It’s a lot of pop-culture trivia, but they also incorporate questions about alcohol and substance abuse, which nationally sometimes plague Greek communities. We’re lucky not to have that here, but it’s nice to be educated.” This year the Golden Silence Ceremony, coordinated by the Alumni Association, has fallen within Greek Week; it is a solemn reminder during the festivities that the Greeks have lost one of their own this year. “This year we’ve lost a Greek, Jarrod Dumes,” said Newell. “It’s not typically part of Greek Week, and of course it’s not for points or anything like that. It’s a chance to come out and show your support.” Newell explained that this Greek Week is not only about making the Greek community visible to the campus community, but also reinforcing the bonds within the Greek community itself. “It’s a time to showcase who they are and a time for them to come together,” said Newell. “With the exception of Greek Week, some of these organizations never talk to one another, met one another. This is one of my favorite parts of Greek Week.”