Bring on the fright at ‘Hammond Horror Fest’ 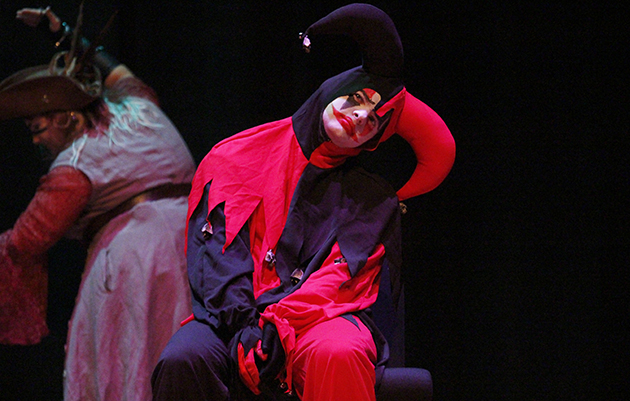 The annual “Hammond Horror Fest” features a 24-hour theatre event and a “Macabre Showcase.” The event plans to conjure horror in all those who attend.

“Hammond Horror Fest” plans to scare attendees for its eighth year in a row.

The two-day event will feature the “7 Frightening Phobias” play on Oct. 19 in the Pottle Auditorium from 8-10 p.m., and the Macabre Showcase will take place at Gnarly Barley Brewing Co. on Oct. 20 from 6-10 p.m.

Associate Professor of Acting and Directing James Winter, who is a member of the Hammond Horror Fest Board of Directors, described the goal of the event.

“The goal of the festival is to provide a fun alternative for the people of Hammond and the surrounding area, provide a creative outlook for local artists, and to gather support for these artists and their work,” said Winter.

Winter explained the behind-the-scenes preparation of the “7 Frightening Phobias.”

“Seven plays are written, directed, hosted, designed and staged in just 24 hours,” said Winter. “These plays are specifically directed at tackling people’s worst fears and phobias. We looked up phobias to find things that people are really scared of. We picked seven for the playwright on Saturday, and those will be featured in this year’s play.”

The “Macabre Showcase” will include horror films made by Louisiana locals, dance performances, music, spoken word and a raffle.

“The ‘Macabre Showcase’ is a relatively new component of the festival,” said Winter. “This is the third year it will be happening. We thought it would be good to add a horror film aspect to the festival because horror films are a major part of Halloween.”

According to Winter, the month of October presents competition in gaining attendees.

“The hardest challenge is getting people to come, mainly because Friday and Saturday are days when football games take place, and people typically go to haunted houses,” said Winter.

Winter believes the festival offers a unique experience for attendees.

“This festival is unique because there aren’t a lot of horror festivals in Louisiana, and the ones that we do have only celebrate horror movies,” said Winter. “The ‘Hammond Horror Fest’ is a celebration of all the arts, live music, visual arts and more.”

The festival also doubles as a charity.

“The money we receive is given to the non-profit organization American Cancer Society,” said Winter. “In the past, we have donated to other local causes who were in need.”