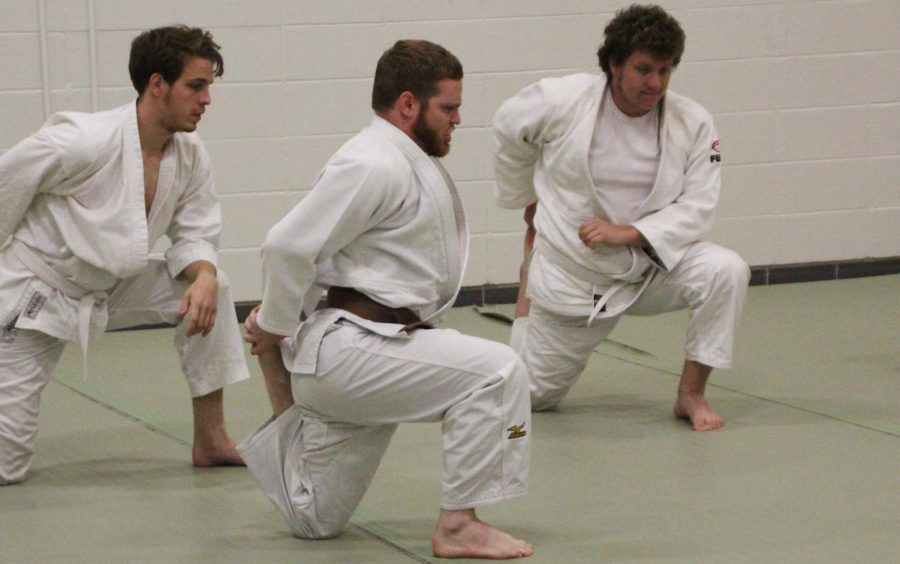 Founded in 1882, judo is an ancient form of martial arts from Japan created by Jigura Kano as an alternative to jujitsu. This sport carries on today with clubs across the world including the Southeastern Judo Club.

Professor of Physics Dr. Sanichiro Yoshida, an instructor of the class, explained how classes are run.

“The class stretches for the first part of class,” said Yoshida. “This helps with their mobility and core strength, these two things are important to judo. The last 30 minutes is where we go over the actual striking techniques and proper motions.”

Judo is a form of martial arts built around using the opponent’s momentum against them by means of throwing, striking, grappling and pinning. As one progresses through the rankings, they often learn kata, a formal system of prearranged practice, which can include defense against weapons as well.

The rank system by belt is: white, yellow, orange, green, three levels of brown, then 10 levels of black. The class is taught in conjunction with David Lloyd.

“I am working my way up to the top degree in judo, which is called the dan series belts,” said Lloyd. “These are your 10th degree black belts.”

A native of Japan, Yoshida drew upon more than 50 years of experience to form the club at the university in 2013.

“Numbers have dipped and increased since then,” said Yoshida. “This has to be one of the biggest classes yet so far. Our main focus here is to teach students about the art of judo. The most important thing of all has to be self discipline. Without self discipline your students will not learn.”

Lloyd is a second degree black belt, or Nikkyu.

“I have been doing judo since the age of 14,” said Lloyd. “I started out in Raleigh, North Carolina. I competed as a junior at the state level in North Carolina. I also continued to work out in the U.S. army at the local German levels. I also fought at a West German club during the late ‘80s.”

In the club, Lloyd finds himself in the position of both instructor and student.

“I help out with Dr. Yoshida in practice,” said Lloyd. “I am also a USA judo coach too. I am also still learning the art of judo. My favorite part is a perfectly executed throw and making my opponent land on his or her back.”

The Southeastern Judo Club meets every Tuesday and Thursday from 6:30-7:45 p.m. with an optional open mat practice on Saturday. The club meets in the Kinesiology and Health Studies Building room 150 and is instructed by Yoshida.