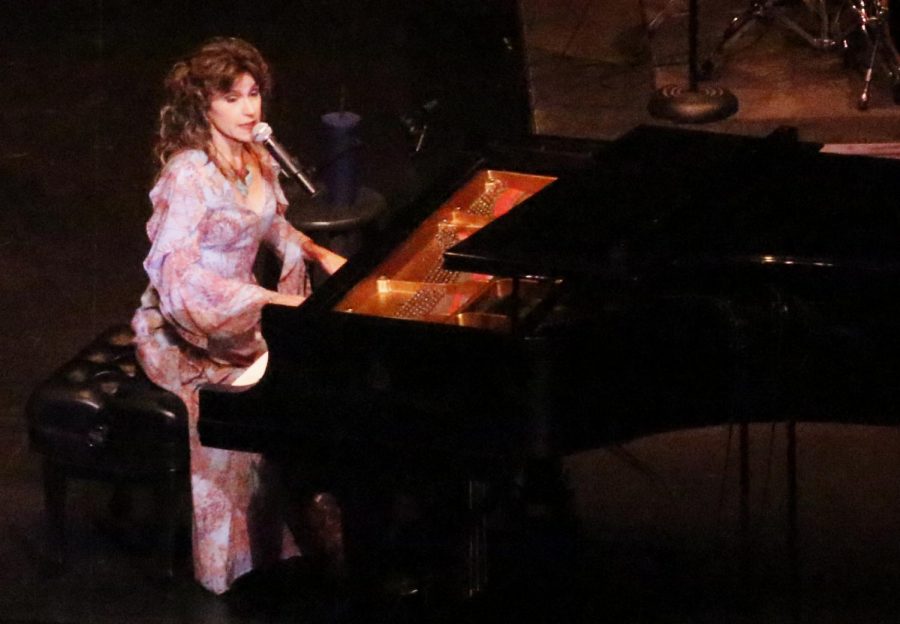 Suzanne O. Davis performs a series of songs in a tribute performance to songwriter Carole King.

The Columbia Theatre for the Performing Arts revisited the past as Suzanne O. Davis and a band performed a series of songs in tribute to songwriter Carole King.

“Tapestry: The Carole King Songbook” took the Columbia Theatre stage on Thursday, Oct. 25 at 7:30 p.m. Some of King’s songs like “Jazzman” and “Nightingale” made it onto the Billboard Hot 100.

Executive Director of the Columbia Theatre Roy Blackwood explained why he brought the tribute performance to Hammond.

“It was an absolute honor to have Suzanne Davis here,” said Blackwood. “My wife and I went to New York and saw the ‘Beautiful’ performance, which was also in tribute to Carole King, and I just knew that I had to have someone perform a tribute to Carole King at the Columbia Theatre. Suzanne Davis was the best choice. She sings beautifully, and all the music kind of brings me back to my youth.”

“Watching her perform was kind of like being back in that time again when things were different, and I was in my youth,” said Miller. “It just brought back a lot of memories from back in the day. It also reminded me that the music was beautiful then, and it is still beautiful no matter how much time passes.”