Going into the polls 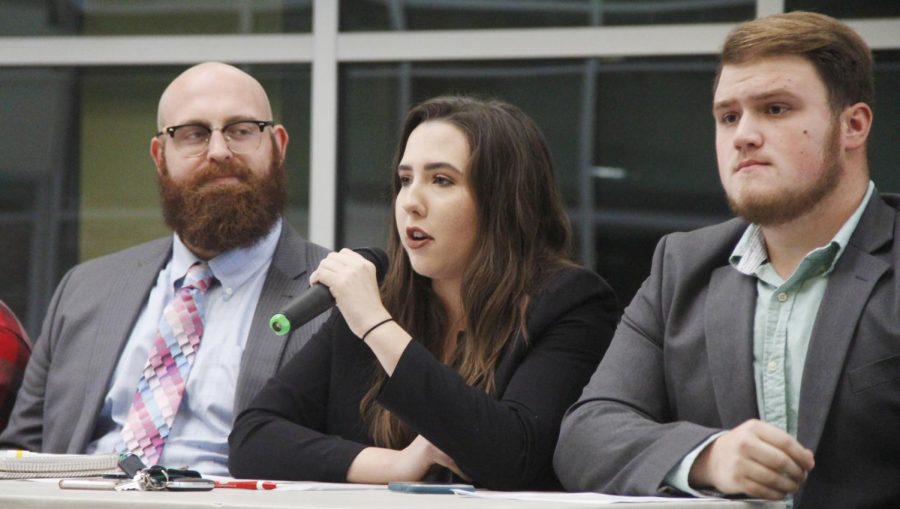 Local and state elections are next week, and two students at the university have been active participants leading up to Nov. 6.

Millet stated that not all countries have the right to select their officials and that voting matters, especially in close races.

“We’ve seen it in past elections how even 1,000 votes away can determine a state’s red or blue or independent status,” said Millet. “So, I think if you really want to get your voice heard, whether you think it’s going to be heard or not, vote.”

Davis expressed the importance of the younger generation’s input.

“Only 43 percent of people between the ages of 18 and 35 got out and voted last presidential election in the year 2016,” said Davis. “So, it is very paramount, very important for people in our age group to be able to get out and vote and utilize that weapon because in order for a democracy to actually function, the most basic fundamental is people using their right to vote. So, you can’t really complain about the government if you don’t participate and vote in it.”

Both organizations have hosted events in light of election season. College Republicans teamed up with the St. Tammany Republican Parish Executive Committee to host a registration drive, which welcomed any eligible citizen to register. On Oct. 24, the College Democrats invited the College Republicans to “Blue Meets Red” where panelists from each organization gave their input on issues such as gun control, border security and legalization of marijuana.

Millet identifies as a Republican because she believes in small government and the amount of patriotism within the party.

“I believe everyone has their own right to do what they want without such a heavy government influence,” said Millet. “Also, I feel like it’s a very patriotic party. Anytime you see those crazy Americans with the flags, you see that they are usually Republican, and I love that it’s so patriotic.”

As a Democrat, Davis shared that his affiliate party has helped minorities.

Davis said, “I am a Democrat because the Democratic Party has brought about major changes for minorities of this country, and I think that there’s still work that can still be done, but when you look at the parties and the policies, legislations that have been implemented throughout the years, the Democratic Party has definitely been one to do that for people like me. So, that’s the reason why I’m a Democrat, a progressive-minded person.”

After a scandal involving former Louisiana Secretary of State Tom Schedler earlier this year, his position is on the upcoming ballot. Millet shared that after working with Almond Gaston Crowe Jr., a former member of the Louisiana State Senate, she feels confident in Crowe’s experience for the secretary of state position.

“He is truly a man of his word, and he’s not a person that is easily influenced by money like most politicians are,” said Millet. “He’s like, ‘I want the best for this state.’ He’s a previous record keeper. He owns two, three businesses dealing with it. So, he has experience with record keeping, which is what the secretary of state does.”

Davis expressed that he likes two Democratic candidates for the secretary of state office: Renee Fontenot Free and Gwen Collins-Greenup.

On a local level, Davis does have a specific candidate in mind.

Davis said that although Savoie has used less campaign funding than Scalise, she has a lot of student support.

Regardless of one’s political views or interests, Millet gave advice to any indecisive or intimidated citizen.

“Don’t be scared to vote,” said Millet. “I know it can be very intimidating. I’d say do your research, definitely do your research. Don’t go by what people say. If you have an affiliate party, don’t go by just what they say. Vote for the person. Vote for who best represents you.”

Addresses and hours for polling locations can be found with the Polling Place Locator on Vote.org.