The scary side of social media 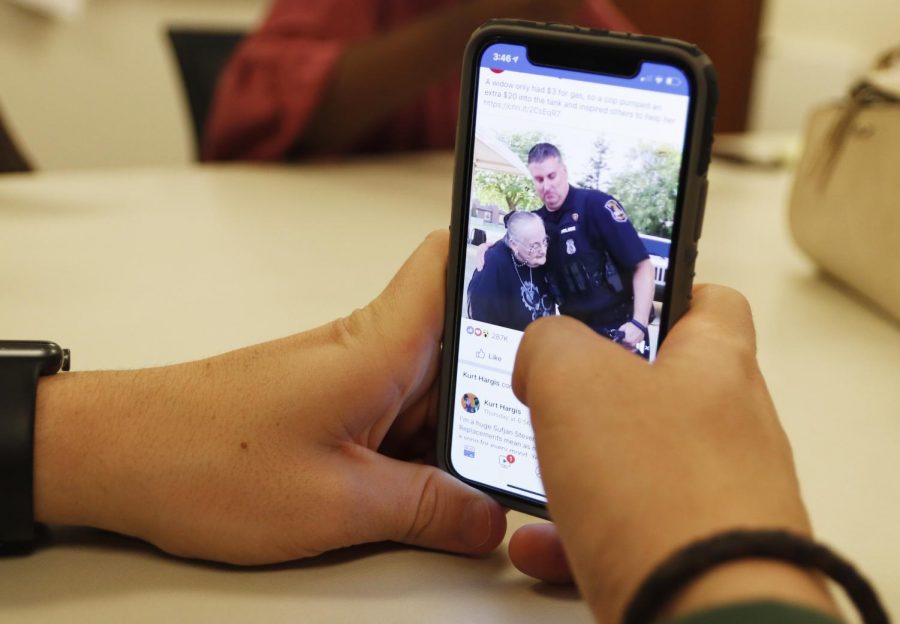 Constant use of social media can carry negative effects.

Though social media offers a convenient form of communication and networking, negative effects can accompany prolonged use.

According to Director of Graduate Studies and Institutional Effectiveness John Boulahanis, social media is psychologically addictive, and like other addictions, withdrawal brings negative effects.

Boulahanis said, “Various media and crime studies have also indicated that individuals who receive most of their crime-related information from the media, including social media, tend to suffer from higher levels of fear of crime and are more likely to engage in preventative behavior that may impact their quality of life.”

“For those who have taken a break from social media platforms, many report feeling as if they are missing out on important updates from their friends or invitations to upcoming events,” said Parker. “For those who have moved past these anxieties and continued to live a minimal social media life, many report feeling as if they have more time for face-to-face meaningful relationships and reduced anxiety.”