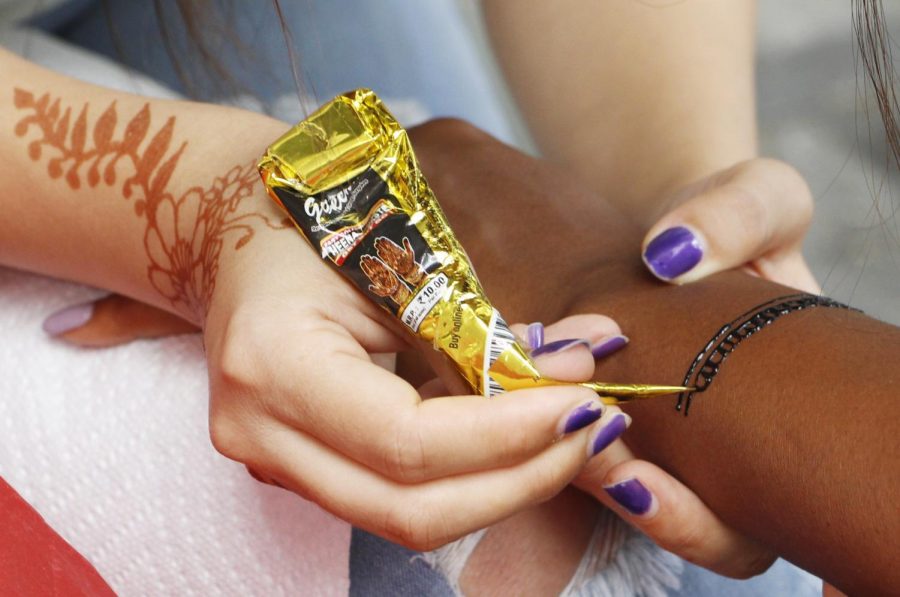 In Nepalese culture, henna tattoos are often used for religious purposes and painted on brides, but it is not necessarily religious.

The value of body art can run deeper than the skin.

To some people, body art may be distracting or unattractive, but others find pride in it. Henna tattoos are forms of body art common in Eastern culture, and it is gaining popularity in the West.

International student from Nepal Basanta Khakurel, a sophomore biological sciences major, explained that henna tattoos are a part of a larger culture.

“Henna is painted usually on brides in our culture to symbolize beauty, joy, love and offering,” said Khakurel.

Khakurel shared that getting a henna tattoo is a common practice in Nepal.

“Although it is done mostly for religious occasions, it is not necessarily a religious practice,” said Khakurel. “It can be taken as a way artists practice their art to beautify people’s body parts using various designs.”

Tattoo Artist at Hammond City Tattoo Company Michael Casica shared that body art was considered a stigma in the past.

“Body art has been around since civilization itself whether it was Native Americans, Aztecs, religious communities, whoever,” said Casica. “However, it was also a mark of traveling when sailors discovered new areas, or criminals being branded. Back then, there was a bias stigma that tattoos were only for bad people.”

Casica discussed how body art can bring people together.

“Even with piercings, it used to just be people who made their own way in life representing that,” said Casica. “It brought people together into a group like in tribal times when they were stretching their skin long before anybody. You would consider that gauges today, but back then, it was a way of life for some people, very common.”

According to Casica, the image of body art has progressed from its historical perspective to be “more celebrated for the art aspect of it.”

“Back then, it was a rite of passage,” said Jennings. “If you could endure the pain, you were labeled strong. It showed other people that you have been through it. If you have low self-esteem, it can even take that away. People cover scars with tattoos or get memorial tattoos for closure all the time. Basically, the needle replaces a broken piece of you whether it be tattoos or piercings.”

The purpose and means of expression with body art vary with the person.

“In the modern world, it’s important to express yourself however you see fit,” said Jennings. “It represents you as a person and can make you feel whole like you are, who you want to be.”

According to Jennings, self-confidence can come with body art.

“Vanity is a big part of this for those who want to look nice, want to feel proud to be themselves, and want to become more accepting of their body,” said Jennings.

For those with an interest in the history and purpose of body art such as tattoos or piercings, both Casica and Jennings recommend “The Piercing Bible” by Elayne Angel.